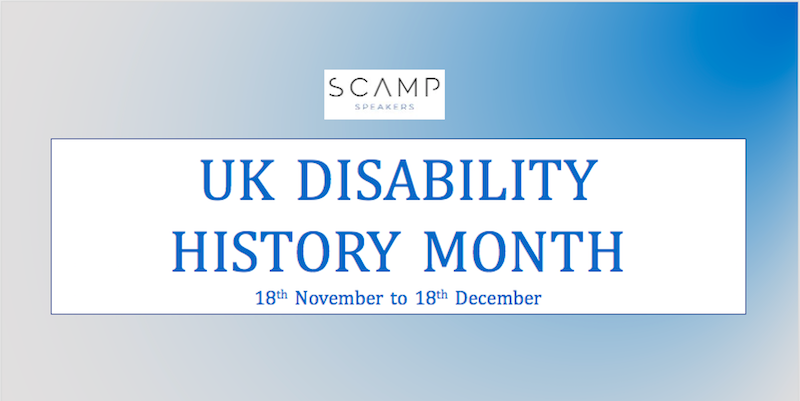 If you are planning an event this month and looking for a speaker these are some of the speakers we work with that we would recommend.

Anne Wafula Strike, MBE, is an inspirational and motivational speaker who draws on her own life experiences and achievements to inspire her audiences. Born in Mihu, Kenya, to Nekesa Ruth and Athumani Wafula, Anne was a fit and healthy child before polio struck when she was two years old. She was given the middle name of Olympia at birth, a title of prophetic significance for the future and prescient of hurdles she would face in forthcoming years.

Winston was predicted to live a life of isolation and pain due to a rare bone disorder known as Osteogenesis Imperfecta (OI). This condition caused his bones to be extremely fragile, suffering over 200 fractures in his lifetime. Winston Clements has shared his story on stages, conferences, and media platforms all around the world. He has become extremely popular for his keynote speaking appearances due to his ability to deliver inspirational and practical content, in a humorous and relaxed style. Known for his infamous quote “Your Limitations Are An Illusion,” Winston is also a two-time TED Speaker, entrepreneur, mentor, and board member at various organisations.

Life dealt Jamie McAnsh a set of cards and he decided he was going to play poker. Looking at his challenges from outside the box Jamie has overcome adversity in an amazing style. In January 2014, Jamie woke up Paralysed from the waist down. He was diagnosed with a functional neurological condition called Complex Regional Pain Syndrome (CRPS). Jamies has been awarded the Charles Holland Award in recognition of his efforts to raise awareness for CRPS.

Nicolas Hamilton is an inspirational speaker and motivated who has become a successful motor racing driver, despite suffering from Cerebral Palsy. Nicolas was only 18 months old when his parents were told that he would never walk and that his eyesight was extremely poor and would deteriorate as he got older.

With sheer determination and desire, Nicolas has proved the doctors wrong. His life was not going to be ruined by his condition and seeing others with more severe Cerebral Palsy, Nicolas realized he was quite lucky and with much persistence could make racing a reality. In 2015, Nicolas became the first disabled athlete to compete in the British Touring Car Championship (BTCC) and hopes to inspire both disabled and non-disabled individuals worldwide to show that pushing to better yourself regardless of your life situation or industry is possible.

Martine Wright MBE is a Paralympian and inspirational and motivational speaker, who lost both legs in the Circle line bombing during the 2005 terrorist attacks in London. The day after London had won the Olympic Games Bid, Martine was on the Circle Line Tube train that was targeted by a suicide bomber. Sat three feet away from the bomber, Martine was trapped for over an hour, losing 80% of her blood supply as well as both legs above the knees.

Remarkably she survived and after a year of rehab and learning to walk on prosthetics, she slowly rebuilt her life. Living life to the full, Martine not only got married but learned to skydive, got her pilots license and became captain of the British Paralympic Sitting volleyball team, and competed for Great Britain at the London 2012 Paralympics

Amar became known to millions through the groundbreaking BBC2 reality series, Beyond Boundaries, a jungle endurance expedition across Central America. Screened worldwide, this was a grueling 220-mile trek on foot across the rugged interior of Nicaragua, from the Atlantic to the Pacific coast.

If you are planning an event and looking for a speaker please do drop us an email at enquiries@scampspeakers.co.uk