The early years were particularly difficult. Winston not only had to deal with the typical challenges of school and adolescence, but he also struggled with loneliness and frustration because his body would continuously let him down. Watching his siblings and the other kids from the sidelines was a constant reminder of how different he was, and he often found himself wondering “what is the point of it all?”

Despite this, Winston considers himself to be one of the lucky ones. A significant number of people with OI never make it beyond childhood. He was also born into a family who were destined to cope with a son who refused to allow his physical condition to limit his lifestyle. Winston also credits his positive attitude to his faith in God, as well as all the inspiration he has received from friends and all the people he has encountered along his journey.

Winston Clements graduated from University with a degree in Computer Science and then spent over 10 years working as a Consultant for global corporations in the technology industry.

Nowadays as an award-winning speaker, Winston’s inspiring and practical sessions continue to have transformational effects on audiences worldwide. He is passionate about supporting the world’s leading companies to develop the next generation of high performing teams.

Winston Clements has shared his story on stages, conferences and media platforms all around the world. He has become extremely popular for his keynote speaking appearances due to his ability to deliver inspirational and practical content, in a humorous and relaxed style. Known for his infamous quote “Your Limitations Are An Illusion,” Winston is also a two time TED Speaker, entrepreneur, mentor and board member at various organisations.

Resilience and Change Management – Be Resilient or Resign

Leadership, Mindset and Motivation – Raising Your Game As A Leader

Winston combines very compelling messages with an engaging and positive style. He has received excellent feedback from our people when delivering these sessions. Winston is simply an inspiration.

Winston really makes you think. Why do we accept what we don't need to accept as our place in life. Why do we blame others when we can accept the situation and take "Extreme Ownership" and work out how to turn the challenges we face to our advantage. Key messages for everyone in life and especially in business conveyed with passion and personality. 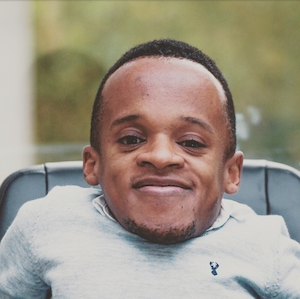