Life dealt Jamie McAnsh a set of cards and he decided he was going to play poker. Looking at his challenges from outside the box Jamie has overcome adversity in an amazing style. In January 2014, Jamie woke up Paralysed from the waist down. He was diagnosed with a functional neurological condition called Complex Regional Pain Syndrome (CRPS).

Instead of focusing on a restricted life in a wheelchair, he has focused on living life outside the box. Jamie is a sports personality capped for wales in rugby in 2014 and currently plays wheelchair basketball for Cardiff. He is the first disabled Squash player in the world to play squash in a Welsh Open Tournament and he’s currently ranked in the world rankings and he has gone on to compete in the Welsh Open Master in December 2018, the Slovenian open masters in April 2019. Jamie still stands as the only registered player with a lower limb impertinent.

Along with his following team he managed to raise awareness for his condition and a staggering £250,000 for a range of local charities.

By January 2015 Jamie realised that his life was never going to be the same, and concluded that even if he woke up perfectly able-bodied he would never be the man who went to bed on the 6th January 2014. After holding a small funeral for his able-bodied version of himself Jamie decided he needed to find out who he now was and what he was capable of. Challenge 2015 was born. 12 challenges one every month for twelve months.

During the year, Jamie hand-cycled From Cwmbran to Chepstow, took part in a 30k adventure over the Brecon Beacons in his wheelchair (the first to achieve and currently the only person to attempt this challenge in a self-propelled wheelchair), rowed down the River Wye, and took up surfing to name a few of the challenges.

Jamies has been awarded the Charles Holland Award in recognition of his efforts to raise awareness for CRPS.

Jamie McAnsh is a motivational speaker, with the ability to inspire each and every listener. With his belief that we all face a mountain to climb, his condition makes him no different from anyone else and brings home the message that whoever you are whatever your story you can achieve your goals.

In his talks, Jamie shares his very personal stories of struggles, challenges, and successes. Jamie is also honest about his failings and hopes to share what this has taught him. He brings with him stories of adventure and offers a real spirit of showing others that you need to fight for what you truly want. The ultimate message is that if you fall you need to adapt, overcome, and most of all #getbackup.

To any business or any person looking to improve their performance, Achieve success or they are in a bit of a lull and want to get out of it. Jamie is the man you want to speak to. 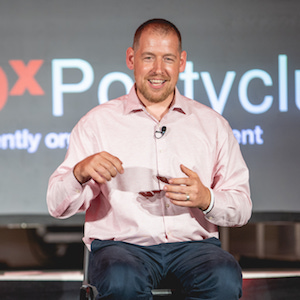 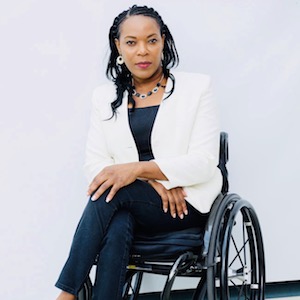 Anne was a fit and healthy child before polio struck when she was two years old, but went on to become a Paralympian athlete and now motivational and inspirational speaker 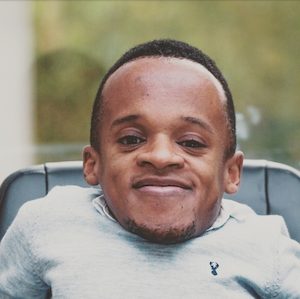