A former Sky News presenter, he reported on the fall of the Berlin Wall in 1989, and covered almost every major conflict around the world, from Kuwait to Bosnia, and from Haiti to Chechnya. He was a correspondent for TV-am in Hong Kong and Johannesburg, and at Sky News was a correspondent in Moscow, Jerusalem, and Washington, winning international awards for his coverage from all three postings.
Andrew, after leaving University, briefly became an officer in the British Army.

He joined TV-am, the breakfast television franchise holder, becoming Midlands and then Scotland Correspondent for the broadcaster. He became a foreign correspondent for TV-am in November 1989 and reported live from the scene as the Berlin Wall was demolished, following the collapse of East Germany. In 1991, he reported from Kuwait City on the retreating armies of Saddam Hussein. He also reported from Hong Kong and South Africa.

In 1993, he joined Sky News as a reporter and was part of the award-winning Sky News team that advanced in 1999 from Macedonia into Kosovo alongside the KFOR troops, and he reported on Boris Yeltsin’s resignation on Millennium night. In January 2001, he became Sky News Middle East Correspondent and was with the first wave of Western reporters to cross overland into Kabul in 2001.

He became Sky News US Correspondent in 2004, reporting from locations across the United States on the run-up to, and outcome of, the US Presidential Election. In December 2004, on special assignment to South East Asia, he fronted Sky news coverage in Thailand of the aftermath of the Indian Ocean earthquake and tsunami, and in 2005 reported live on the destructive power of Hurricane Katrina from a Mississippi motel room.

Andrew then became a news presenter at Sky News Centre in London, presenting Sky News at 5 at weekends but left Sky in 2016. He now works with the John Schofield Trust to mentor young journalists and is a contributor to the Westminster Foreign Affairs think tank Global Strategy Forum and a member of BAFTA.

He is also a partner in A Squared media, a consultancy firm working in television production, training, and documentaries.

Andrew is a popular choice of conference host and facilitator for corporate events.

Andrew can also deliver keynote speeches on such subjects as Fake News and role of the media. 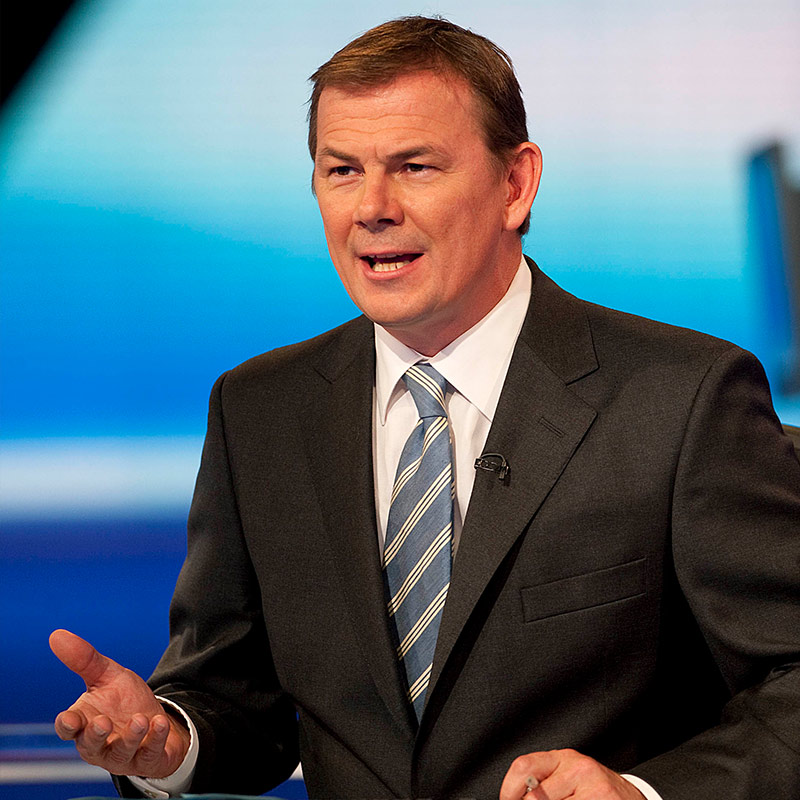