The United Kingdom Disability History Month 2020 will take place from the evening of 18th November until Friday 18th December 2020. The theme this year is Access: How Far have we come? How far have we to go?

The purpose of the month will be to help understand the struggles for disabled people for access and how to improve things to minimise barriers and maximise their participation.

If you are planning an online event to mark this month, these are a few speakers we work with you may wish to bear in mind.

Winston Ben Clements is a culture specialist with an emphasis on Resilience and Diversity & Inclusion. His ultimate mission is to help 1 BILLION people to unleash their full human potential.
Winston was predicted to live a life of isolation and pain due to a rare bone disorder known as Osteogenesis Imperfecta (OI). This condition caused his bones to be extremely fragile, suffering over 200 fractures in his lifetime. One of his speaking topics covers –

Diversity and Inclusion – Creating Inclusive Cultures
• Diversity for the sake of metrics will not cut it, inclusion and belonging are the way forward
• Business and ethical case for embracing diversity in an organisation
• Create safe spaces for people to express their uniqueness, creativity, and innovation

Though he has faced major challenges throughout his life, Amar Latif has managed to turn an unpromising tale of inherited disability and loss into one of truly inspirational achievement.

Anne Wafula Strike, MBE, is an inspirational and motivational speaker who draws on her own life experiences and achievements to inspire her audiences.

Born in Mihu, Kenya, to Nekesa Ruth and Athumani Wafula, Anne was a fit and healthy child before polio struck when she was two years old. She was given the middle name of Olympia at birth, a title of prophetic significance for the future and prescient of hurdles she would face in forthcoming years.
Anne Wafula Strike has never forgotten all the people who helped her achieve her success and is determined to get as many people as she can to achieve their potential and personal goals.

She won another gold at the 1996 Atlanta Games, four golds at Sydney 2000 Games, and her final golds in Athens in 2004 taking her total to 11 gold, four silvers, and one bronze (plus five gold, four silver, and three bronze medals at World Champions

In 2010 Tanni became an Independent Crossbench Peer in the House of Lords, taking the title Baroness Grey-Thompson of Eaglescliffe in the County of Durham. Tanni has spoken on a range of issues including Disability Rights, and Welfare reform during her time in the Lords 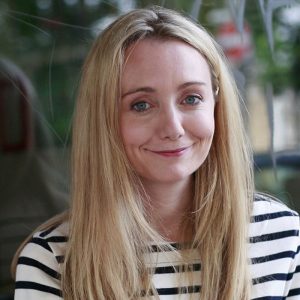 Inspirational and Motivational Speaker, Cerrie Burnell was one of the few visibly disabled presenters on television. Her story is one of fantastic positivity and perseverance.

Born without a right forearm and hand, Cerrie has never let her disability hold her back. Cerrie attained a place on the BBC Talent Fund, run by the BBC, Channel 4, and the Actors Centre, introducing directors to disabled talent. Cerrie’s talent was evident, and it was not long before she was offered television parts in ‘Holby City,’ ‘EastEnders,’ ‘The Bill’, and a regular role in ‘Grange Hill.’

Cerrie Burnell is an awards host and presenter and a keynote speaker. She has spoken on subjects such as disability and prejudice as well as Women in Work.

If you need any more details please do contact us on 020 8854 7247 or email at enquiries@scampspeakers.co.uk