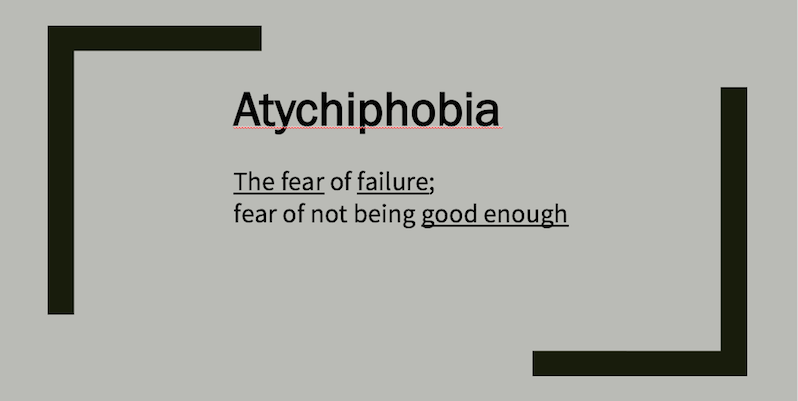 Over the last 6 months during lockdown, many of us may have been suffering from Atychiphobia – the Fear of Failure. Whether that is feeling afraid you are failing by struggling to work from home away from your colleagues, fearing you are not doing a good job as a parent whilst juggling kids at home or maybe it is the fear of venturing into the unknown starting your own business, many of us could be suffering from the fear of failure.

We work with a number of speakers who can offer their insights and/or experiences on the fear of failure and how we can overcome it or manage it better.

Chris Hunter is a former Army officer and Bomb disposal specialist and is a specialist keynote speaker on risk, leadership, and decision making. Chris Hunter joined the army at aged 16 and later qualified as a counter-terrorist bomb disposal operator. Having served with various specialist counter-terrorism units, he was seconded to COBRA as an IED and suicide terrorism expert, where he played an instrumental role during the July 2005 London bombings. In 2007 he retired as the MOD’s senior IED intelligence analyst becoming a writer and Counter Improvised Explosive Device consultant.

Chris addresses the fear of failure and our resistance to change as well as talking on communication and taking ownership.

After starting his working life as an actor in BBC drama Byker Grove alongside Ant and Dec, Caspar studied economics at Cambridge before making the momentous decision to move to Las Vegas and become a professional poker player and went on to become the UK’s premier poker TV commentator and the poker advisor on Casino Royale.

Caspar’s main speeches are based around Decision Making but the subject covers a whole range of ancillary subject-areas such as risk, judgment, intuition, and insight. These in turn apply to a huge range of business areas – and conference themes – such as change, leadership, innovation, entrepreneurship uncertainty (VUCA), differentiation, courage, resilience, interpreting data, investing, and motivation.

Within these areas, Caspar talks on why we fear failure and how we should embrace risk more and touches upon these points in the following clip

Eddie “The Eagle” Edwards might be considered by some to be a failure because he came last in the Ski Jump. However, Eddie is a shining example of someone who speaks on achieving his goal and looking to the positives and relooks at what we should consider failure is.

Eddie is an inspiring, fun, and entertaining after-dinner speaker and motivational speaker

Eddie came to the forefront of people’s attention in 1988 when he competed for Great Britain at the Winter Olympics. Despite coming last in the ski jump, Eddie became famous for summing up the Olympic spirit and for his determination to represent his country without any form of funding.

And lastly, if you are fearing setting up your own business, young entrepreneur Harry Daymond not only runs two businesses, but took the bold decision to set up his new business during lockdown.

A few months into lockdown Harry Daymond has launched the Cocktail Connoisseurs in collaboration with The M Bar (cocktail bar) in Horsham.

The Cocktail Connoisseurs offer Cocktail Kit Boxes delivered straight to your door, with all the ingredients you need, a step by step recipe, and a video masterclass to make bar quality cocktails from home. For more details see https://www.thecocktailconnoisseurs.co.uk/

Harry Daymond is an award-winning young entrepreneur and founder of Kart Kompany Ltd. Winner of the Young Start-Up Talent Award, selected in the Transferwise 20 Under 20 and Ernst and Young Founders 30, Harry launched his first business Kart Kompany Ltd when he was just 15 years old.

If we can help with any enquiries please email us enquiries@scampspeakers.co.uk or call on 020 8854 7247.