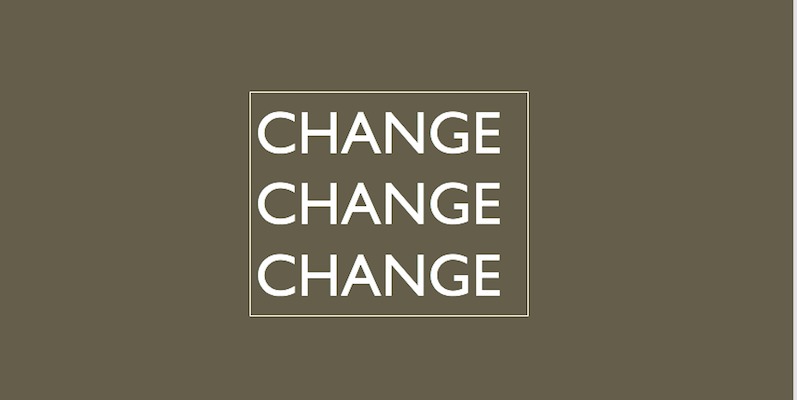 There is no doubt the impact of the pandemic has changed many of our lives – especially when it comes to the workplace. Things will continue to be different as we move forward and it is important how companies and leaders deal with these changes and bring their employees with them, make them still feel part of the team given now remote working may become the norm.

If you are looking for a speaker who can talk about Change Management these are just some of the speakers, we work with who could be of interest.

Richard Gerver is considered to be one of the most inspirational leaders of his generation having turned around a failing school into one of the most acclaimed learning establishments. He is best selling author, respected thinker, and award-winning speaker, and is always in demand to speak at events across the world.

Richard’s background is in education, most notably as headmaster of the failing Grange Primary School. In just two years, he famously transformed it into one of the most acclaimed learning environments in the world. He was celebrated by UNESCO and the UK Government for its incredible turnaround.

Debra Searle is a solo Atlantic rower and entrepreneur and speaker on motivation, achieving against the odds, and dealing with change. Debra Searle MVO MBE first hit the headlines when she set out to row across the Atlantic with her husband. Unfortunately, he had to be rescued so Debra, a novice rower, continued alone and rowed 3000 miles from Tenerife to Barbados.

Debra has founded 5 companies including MIX Diversity Developers, a diversity consultancy and training company specialises in innovative corporate programmes such as the LeasePlan Women’s Arctic Challenge. Her spirit of adventure gained her an MBE from Her Majesty the Queen and she was delighted to be appointed a trustee of The Duke of Edinburgh’s Award in 2003, the youngest and only female trustee working alongside His Royal Highness The Duke of Edinburgh. Debra has been appointed a Member of the Victorian Order (MVO) for her services to the Award.

Debra is renowned for her ability to tailor her speeches to clients’ needs. Having spoken at 1,000 events across every major industry including banking, consultancy, direct sales, healthcare, and retail she has the expertise to understand the specifics of your industry and to craft her speech accordingly.

A true architect of change, Jim Lawless has devoted the last two decades of his professional life to understanding and delivering transformation, handling uncertainty and risk, and creating and operating in ‘no normal’ environments. He has delivered for global organisations, high-growth companies, government departments, and Olympic teams. He is the high-performance team coach of choice for many senior leadership teams around the world and a member of the Forbes Coaches Council.

Jim Lawless is now recognised as one of Europe’s leading motivational speakers. His speeches cover –

With a Triple First Class, science and philosophy degree from Cambridge University—and over 20 years of hard-won experience advising exponential unicorns and ambitious blue-chips on the frontlines of disruption—Nick Jankel is a highly sought-after professional speaker whose life’s work is to ensure people have the tools they need to adapt to relentless change and the mindsets they need to successfully transform their organizations and themselves.

Nick Jankel is a sought-after and highly-accomplished international keynote speaker who has spoken all over the world on transformation, and leadership. A couple of his speaking topics include –

Take Charge Of Change: Transformational Leadership In The VUCA World – Rapid change, uncertainty, and complexity are driving Industrial-Age companies to fail. What got them here will not get them there. Nick explains how leaders can master themselves so they can turn constant change outside into exponential value – transforming processes, products, and people at will.

Leading In VUCA/Uncertainty & Complexity – The world is becoming fundamentally uncertain and frighteningly complex. This lack of knowability hurts our brains in the same place as physical pain. Nick explains how to transcend our wiring to lead powerfully in our bewildering times.

Py Gerbeau is a French businessman who has completed nine successful business turnarounds and is a keynote speaker on business turnaround, leadership, and entrepreneurship.During his career, he has completed nine successful business turnarounds. As Vice-President of Park Operations and Attractions at Euro Disney, PY was credited with turning it into Europe¹s biggest visitor attraction, after its difficult start in the 1990s. Michael Eisner, CEO of The Walt Disney Company at the time, recommended PY to Tony Blair and he was subsequently appointed Chief Executive of the Millennium Dome in London in February 2000. With struggling visitor numbers, negative publicity, and major financial problems, PY turned it around, resulting in visitor numbers of over 6 million, successfully reviving the company¹s fortune

Py Gerbeau regularly speaks on a number of subjects including –

Hamish Taylor is a turnaround speaker and business speaker that has led some of the leading UK companies through periods of change.His career has taken him from the international consumer goods giant Procter & Gamble, consultancy firm Price Waterhouse and British Airways to become CEO of the channel tunnel railway Eurostar, and then CEO of Sainsbury’s Bank.

Hamish’s keynotes will demonstrate the breakthroughs that can be achieved by changing your approach. Hamish’s message can be tailored to a variety of topics and levels within any organisation but includes the speech –

Playing Reverse Football:- Lessons in making sure you take the organisation with you! The biggest challenge we face in the change journey is to ensure employee engagement.

Javier Bajer was a part founder and Chief Executive of The Talent Foundation and a former Senior Executive at Accenture in London. His clients have ranged from leading PLCs, such as HSBC, but also governmental organisations such as Buckingham Palace, to the City of Buenos Aires.

James Poulter is the former Head of Lego Group’s Emerging Platform team and a leading thought leader and keynote speaker on the future of work, voice technology, conversational artificial intelligence, and social media.

James is the founder of Voice2, the UK’s leading Voice and Conversational Ai Community and in December 2018 launched Vixen Labs – which is a company that specialises in Voice User Experience (VUX) which includes design and strategy – helping companies to embody their brand and give their customers greater experiences.

His most recent presentation is –

CTL – ALT- DEL – The Digital Revolution has already changed the way we work and communicate with our clients, but the future of the workplace has faced further challenges with the impact of COVID-19. In this presentation, James Poulter looks at how you can continue to build a culture of innovation and what will need to change in order for companies to evolve to the new ways of working. Using some real-life examples from his time at Lego, Edelman, and Ogilvy, James looks at what new controls (CTL) will need to be in place to allow a return to work. What will need to be altered (ALT) to allow your team to innovate, work together and still maybe work from home with a new work/life balance – and what will need to deleted (DEL) from previous ways of working. There is no choice now to innovate – innovation is essential to survive.

Graeme Codrington is an expert on the future of work. He is a researcher, author, futurist, presenter, and board advisor working across multiple industries and sectors. He has a particular interest in disruptive forces changing how people live, work, interact and connect with each other.=

Graeme Codrington helps organisations and their teams gain a clear understanding of how to successfully prepare for a disruptive future. His speaking topics include –=

Same Planet, Different World: Why The World Will Never Be Same, And What To Expect In The New Future. In this talk, Graeme will look at what will change for good in our personal lives, our workplaces, in our communities, and global geopolitics. The speech is designed to ensure you and your organisation are ready for the future.

For more information on any of them or to enquire about availability please do contact us on enquiries@scampspeakers.co.uk or call 020 8854 7247