Debra Searle is a solo Atlantic rower and entrepreneur and speaker on motivation, achieving against the odds and dealing with change

Debra Searle MVO MBE first hit the headlines when she set out to row across the Atlantic with her husband. Unfortunately he had to be rescued so Debra, a novice rower, continued alone and rowed 3000 miles from Tenerife to Barbados. It should have taken them six weeks but, to achieve her goal, Debra ended up spending 3 ½ months at sea alone, encountering 30′ waves, sharks, and force 8 squalls in her 23 foot plywood boat. Since returning from this adventure, Debra has gone on to undertake solo & team expeditions across the globe, including canoeing the Yukon River for a BBC documentary with Bruce Parry, sailing the Southern Ocean, and racing in the Monte Carlo Rally in a 1957 Alfa Romeo.

Yet Debra is more than your usual sports speaker. Debra has founded 5 companies including MIX Diversity Developers, a diversity consultancy and training company specialises in innovative corporate programmes such as the LeasePlan Women’s Arctic Challenge. Her spirit of adventure gained her an MBE from Her Majesty the Queen and she was delighted to be appointed a trustee of The Duke of Edinburgh’s Award in 2003, the youngest and only female trustee working alongside His Royal Highness The Duke of Edinburgh. Debra has been appointed a Member of the Victorian Order (MVO) for her services to the Award.

This year Debra will be making frequent trips to Hollywood as the movie telling the story of her Atlantic row is currently in development.

Debra is renowned for her ability to tailor her speeches to clients’ needs. Having spoken at 1,000 events across every major industry including banking, consultancy, direct sales, healthcare and retail she has the expertise to understand the specifics of your industry and to craft her speech accordingly. Debra powerfully illustrates her message with slides and stunning video footage, leaving her audience in no doubt of their own ability to achieve the extraordinary.

Title: Solo But Not Alone OR It’s Not Magic, It’s Mindset

There aren’t many people in the world who have spent more than 100 days totally alone, and there are probably even fewer who could say that they thrived during those 100 days. Debra Searle MBE spent 3.5 months rowing the Atlantic solo after her rowing partner developed a crippling phobia of open ocean and had to be rescued from their tiny plywood boat. Those 3.5 months came to be life-defining as Debra had to quickly develop strategies to help her to overcome both the physical challenges and the unimaginable loneliness that she faced. In these unprecedented times of change and remote working, Debra has created virtual training for your team which will:

Interaction
We know that we are competing with emails/social media/the kettle(!) and have to keep people actively engaged throughout a virtual presentation, so Debra builds in interactive elements every 8 minutes or so. This can be a combination of annotating the screen, polls, using the chat box, etc. Debra always does a tech run-through before the main event to ensure that the conferencing software is set up correctly and has all of the functionality that is needed to create a truly interactive experience for participants.

What other clients have said
MICROSOFT – “Debra was so great and I love her enthusiasm. She’s an amazing virtual speaker – her camera framing and way of articulating and using her non-verbal were some of the best I have seen.”

ALEXION – “Debra’s Zoom call was so inspiring. She gave us such a great perspective, which is so valuable during these times. Honestly, I must say that Debra’s also a Zoom guru! It was so interactive, and she captivated all of us during the whole call.” (Debra did 3 different sessions for Alexion International to ensure that they had options that worked for employees in different timezones)

“The value output was clear for us all. Our team weaved your content through so much of their own presentations during the rest of the event, it was obvious that you had made a real impact on our approach to leadership. The energy with which you shared your story was so brilliant and truly engaging for such a diverse audience (India, Egypt, Romania and UK). It could not have been tailored better to suit our needs.”

"Debra’s presentation was perfectly aligned to our event objectives. She held the audience from start to finish and balanced humour with more serious messages. She scored 5 out of 5 from every one of the 170 delegates. This is unheard of!”

"'You were authentic, genuine, real, and approachable. I felt like we were in a conversation vs being presented to. Perhaps the best I have ever experienced in an external speaker.” 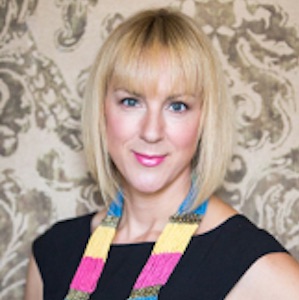 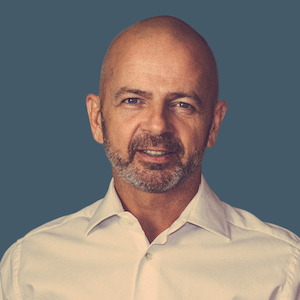 Jim Lawless is an inspirational & motivational speaker and a leading authority on AQ: developing organisational AdaptAbility skills to deliver bold, fast change. He also works with senior leaders to build cultures that can adapt and deliver