Paul Nanson served 34 years with the British Army during which time he held a number of leadership roles in a variety of capacities and in nearly every continent. He has led on operations in Northern Ireland, the Gulf War, Bosnia, Iraq and Afghanistan. His extensive expertise is based on operations, leadership development, recruiting, training and personnel and is a keynote speaker on leadership and high performance

In 2015 he was selected to be Commandant of the Royal Military Academy Sandhurst. As the longest serving head in recent history, he furthered the reach and reputation of the world’s premier Leadership Academy, including the development of leader selection; a through-life Leadership Development ‘Pipeline’ aimed at next-generation leaders; international leader development for officers from up to 80 countries; and a Commercial Leadership Development Programme designed to take military leadership into the civilian market.

With Commandant came the role of Director Leadership for the British Army. Over the 5 years he reinvigorated the Army’s study of leadership and leader development including the creation of the first Centre for Army Leadership and the writing of its first leadership doctrine.

In 2018, he was selected to lead the Army’s recruiting and training operation alongside his existing roles as Commandant and Director Leadership. His appointment recognised his ability to relate tactical actions to strategic context and environment. He reset and re-established the partnership with the civilian partner, Capita, to achieve a complete turnaround of performance in under 2 years – from 60% of the required recruit inflow in 2018/19 to 100% in 19/20. This is the best recruiting performance in over 10 years.

Paul is the author of “Stand Up Straight: 10 Life Lessons from the Royal Military Academy Sandhurst”. The book is the first official self-improvement and leadership book from the British Army’s world-leading Sandhurst Academy.

“Stand Up Straight applies 10 simple but transformative lessons that every officer is taught during their time at the world-famous military academy. Modern and counter-intuitive, with its lessons ranging from making your bed and ironing your shirt to achieving discipline, emotional intelligence, resilience and fast decision-making under pressure, the book draws on first-hand experiences from war as well as the leadership lessons taught at Sandhurst.

‘Follow the General’s orders and fold your socks. You’ll be a better person for it’ THE TIMES

Paul Nanson is an internationally respected, strong and determined leader with a proven track record of effectiveness over a number of high-profile military operations, spanning three decades.

When we launched the St. James’s Place Military Network, we wanted to make the connection between military life and our business community. Paul helped us to absolutely make that
connection, with his unique insight into how to train the leaders of the future. He worked with us to understand our company, our culture and how he could help us achieve what we wanted. He over delivered and I couldn’t recommend him highly enough.

Paul Nanson inspired our Patrons and Partners with at talk and discussion on the fundamentals of how the Army forges its young leaders. He told a wonderful and human story of how the Royal Military Academy has held true to its foundations whilst adapting to a fast changing World and how the Army develops skills but also judgement and instinct among its young leaders. Having spent seven years at McKinsey supporting clients of all sectors and regions on largescale transformation projects, I was struck by the relevance of Paul’s talk to business leaders of today

Paul shared his experiences and the transferable leadership lessons from his time in the army which included his years on the front line and also the fascinating period when he was responsible for leadership and recruitment at Sandhurst. Not only does Paul have the stories, having invested time to write a book - Stand up Straight - he is able to share and articulate the 10 life lessons in a punchy, persuasive and powerful way. The lessons really resonated for my audience of business leaders and I wouldn't hesitate to recommend Paul to any audience who are looking to become even more effective leaders. Inspiring and hugely credible speaker. Thank you 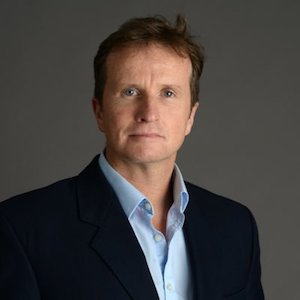