In temperatures as low as low as -65°C his team walked 672 nautical miles. Dragging a sled with the weight of a baby elephant, and after 70 days on the ice, Alan and his team raised the Union Jack at the North Pole in May 2000.

Not stopping there Alan has led over a dozen North Pole expeditions with top business leaders and chief executives. The experience helps them to explore and reflect on their own leadership capabilities.

Outside leading business leaders on expeditions, Alan has also embarked on some truly unique adventures including
• Yukon Arctic Ultra Challenge – in a grueling challenge, Alan lead a team on the challenge in 2006
• In 2008 he led and crossed Greenland as part of the Feet of Green initiative, which was designed to inspire children with a spirit of adventure and care for the environment.
• In 2009 he trekked to the South Pole – again with a team of business leaders.
Alan spent 16 years as a Royal Marine, and during his time he was a member of the first winter expedition to traverse Iceland by ski.

Alan Chambers engages audiences with a likeable yet determined style of leadership. Alan is a sought-after motivational speaker and workshop leader on topics such as creating a vision, leading a team and building mental strength.

His main keynote is based around his book –

Lead Yourself to Success is your personal guidebook to greatness. Alan Chambers has led many expeditions to the North and South poles but you don’t have to lead a national team or a multinational corporation to be successful, as long as you can lead yourself. The desire to learn is human nature, and lessons from those who have been where you want to go are extraordinary opportunities. You gain the insight and guidance you need to get there, and learn how to lead your own expedition down the path to success.

Like any adventure, good preparation is key. You don’t take off for the North pole on a whim, and you don’t just leap into leadership without understanding the responsibilities it entails. This book shows you how to develop the leadership mindset to get wherever you want to go in life, trust your own judgement and come out on top of the world.

Alan helps thousands of people every year unlock the door to higher performance. Every single one of those people was a leader waiting to happen, even if they didn’t know it – but once they truly realised where their potential could take them, they became unstoppable. Let yourself become unstoppable with Lead Yourself to Success.

Alan covers all of the following topics in his talk and can tailor it further to suit each client.

“Alan Chambers gave us an hours presentation on how he got through an unsupported walk to the North Pole — an amazing journey of endurance, skill & strength. There were parallels to be shared and he told us there would be blips and setbacks along our route. After the first test, I remembered what he had said.”

Alan Chambers’ amazing story highlighting the remarkable focus & leadership he had around the North Pole trip truly inspired the team in their preparation for the Rugby World Cup 2003.”

“It was a great session of Alan Chambers and we got very good feedback on his presentation! He is an amazing person and what he experienced was fascinating to hear.”

Alan Chambers’ account of the expedition and his leadership insights made us all think very deeply about our roles and what it takes to succeed against the odds. He is human, inspirational and a real coach. Our business will benefit hugely if we apply what we have learned from him.”

“Alan’s leadership skills borne out through his determination mixed with his consideration of the needs of others gave us all much to think about. His effort in achieving a task that many people could not even begin to consider is truly inspiring.”

“The way Alan Chambers was able to link an unbelievable expedition to the top of the world with the challenges affecting each of us on a daily basis was truly inspiring. His passion for teamwork and belief in the power of individual character left the audience feeling like they could overcome anything.” 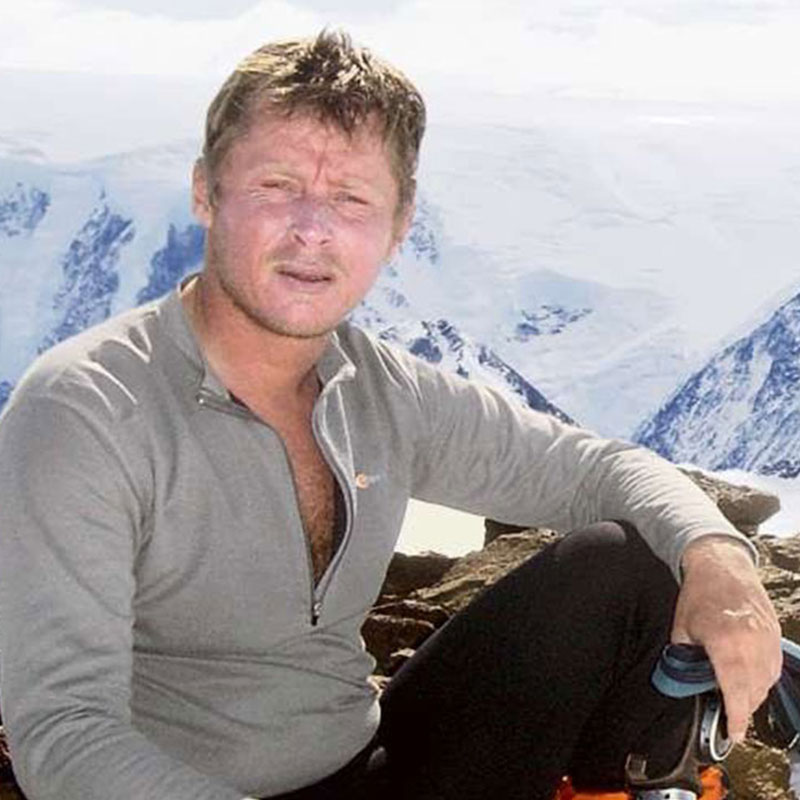