Mark Gallagher has held senior roles in the high performance environment of Formula 1 motor racing for over 30 years, and today is an author, broadcaster and industry analyst who continues to work with drivers and teams at the forefront of this global sport. He is a renowned public speaker and since 1998 has provided compelling keynote presentations and insights to organisations world wide.

Mark’s management career in Formula 1 included more than a decade on the management board of the highly successful Jordan Grand Prix team, running the world famous Cosworth engine business and helping establish the commercial arm of Red Bull Racing which went on to become 4-times World Champions.

During his career Mark has been a member of the technical working groups within the sport’s governing body, the FIA, tasked with tackling challenges including environmental sustainability and safety, the latter being central to the sport’s regulatory environment. He spent two years working on the energy efficiency regulations adopted by Formula 1 in 2014.

His expertise covers the commercial and operational management of Formula 1 teams, and includes the sport’s regulatory, business and technology landscape. Since 1994 he has introduced some of the world’s leading technology companies to the sport, playing a key role in the digital transformation of Formula 1.

Mark’s career in Formula One commenced in 1983, working in media and communications before joining the start-up Jordan Grand Prix team in 1990. Mark joined the management board of Jordan in 1998, the team challenging for the World Championship  in 1999.

In 2004 he was invited to join the Jaguar Racing organisation as it transitioned into becoming Red Bull Racing, and during this time Mark reconnected with David Coulthard who became the team’s lead driver and remains a close business associate today.

Mark later founded the Status Grand Prix race team which won the World Cup of Motorsport in 2009 and competed in events including the renowned Le Mans 24 hrs. In 2010 Mark was appointed head of the world-famous Cosworth Formula 1 engine company, supplying one-third of the teams in Formula 1 with engines and associated technologies.

Since 2012 Mark has focused on his Formula 1 consulting business, Performance Insights, working with a range of clients across the sport. He has written three books, Grand Prix – The Last 25 Years (WH Smith, 1999) and two editions of The Business of Winning (Kogan Page, 2014) with a fully revised, 2nd edition published in October 2021. Mark also collaborated with David Coulthard on his Sunday Times Best Seller The Winning Formula (Blink Publishing, 2018). Between 2005 and 2010 Mark was a consultant to Pixar on its CARS and CARS 2 movies.

A Formula One team has to design, manufacture, develop and operate a high performance vehicle which combines technologies from aerospace, automotive and ICT. Compliance is essential, so too ensuring that the cars are safe, reliable and high performing. Deadlines cannot be missed; the Grand Prix which includes the FIA Formula One World Championships represents a series of non-negotiable deadlines.

Teamwork is key; the top teams have 1000 staff, only 10% of whom attend the races, so the high performance teamwork starts weeks, months and years before an event in the research & development facilities and factories where these fascinating Formula One machines are developed. Trackside, the high performance teamwork continues, perfectly exemplified by the pit crews who can execute precision pit stops in 2 seconds.

Developing the right team behaviour and culture is a key focus for the leadership teams. This means ensuring that everyone is accountable, takes responsibility and understands the importance of avoiding silo-mentality and embracing cross functional communications.

Alignment behind the team’s strategies and ambitious goals is vital, so too having the agility to flex strategy in the face of constant changes in technology and the performance of competitors.

More than any other sport, Formula One has embraced a data-driven business culture, particularly as regards its near obsession with marginal gains and continuous improvement.

The use of simulators has transformed driver training, enabling systems to be learned, tested and developed in a virtual environment prior to real-world deployment. And with the advent of additive manufacturing, machine learning and AI across Formula One, the sport’s use of Big Data to transform all aspects of its operations is set to accelerate further.

Safety is a first order priority in Formula One and the last 25 years have seen a profound change to the way in which the sport manages risk. Between 1950 and 1994 there were over 40 driver fatalities at events; there has been one since. This has been made possible by creating clear priorities as regards safety, mandated by the sport’s leadership and shared by the individual teams and race promoters.

Process safety has played a key part in this transformation, whilst a data-driven approach to understanding incidents and accidents, backed up by extensive research and development, has created cars capable of withstanding high-energy impacts, and fully protecting their occupants.

The safety and risk management story goes far beyond the racing itself, the employees and contractors of the teams benefitting from best practices shared between the industry’s HSE management. Furthermore, the sport’s governing body, the FIA, transfers knowledge gained from motor sport into promoting road safety around the world through its Action for Road Safety Campaign, employing the United Nations Safe Systems Approach and is a founding partner of the European New Car Approval Programme (EuroNCAP) which has transformed vehicle safety.

Driving Business Benefits from the Pace of Change

Every industry is witnessing change, and Formula One is no different; as a multi-billion dollar sport it has seen unprecedented change in the last 20 years. The number of events has grown, shifting from its heartland of Europe to a truly global calendar which sees 65% of events in long-haul destinations. The media landscape is changing out of all recognition; gone are the audiences made up of families watching television together, instead global sports are having to develop products to appeal to all ages and demographics, across multiple digital media platforms.

Not only are the sport’s teams doing business in new places and in new ways, but diversification strategies are being implemented as business models evolve. The EU ban on Tobacco Advertising and Sponsorship in 2005 caused a seismic shift, so too did the aftermath of the 2008 financial crisis. Today teams are selling technology solutions into diverse sectors including automotive, healthcare, pharmaceuticals and aerospace; a radical transformation for Formula One teams, now operating as technology providers to industry.

Above all, Formula One’s leadership teams have had to communicate, manage and implement transformation strategies, bringing their teams with them, and ensuring that they make the most from embracing change.

Formula One has a 2030 carbon neutral strategy for the cars, teams, events and World Championship  operations. It is abandoning all fossil fuel use by the end of 2024 and already uses AI in manufacturing and race strategy.

Formula 1 has been using petrol-electric hybrid engines since 2014, including the most energy efficient engines ever produced, and is innovating a range of environmentally sustainable green technologies which will decarbonise the industry and provide wider relevance to transport.  It has a very strong story to share about profound change in relation to abandoning fossil fuels and eliminating emissions.

“Mark was very well received on our management event focussing on leadership. His experience in Formula One related very well in terms of the issues concerning team building, motivation and having a clear vision for the organisation.”

“On behalf of all the team at UK Sport thank you. Your presentation on The Power of Change was stimulating and entertaining, and the international audience was intrigued to find out more! It goes without saying that your passion for the subject matter was infectious.” 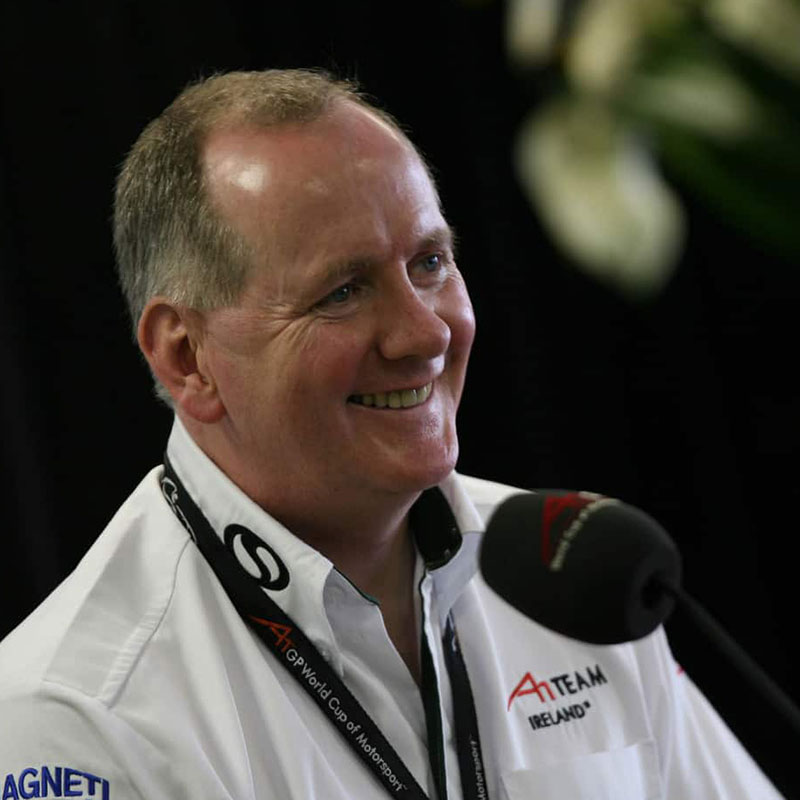 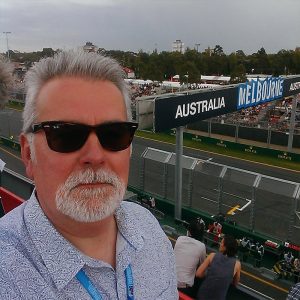 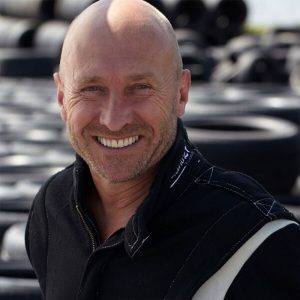 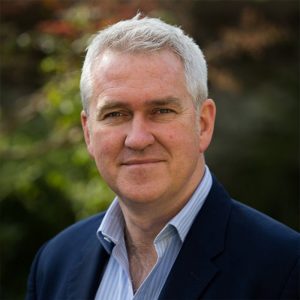 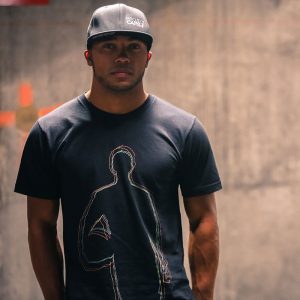