Joanna Rowsell Shand is a two time Olympic Gold Medalist Cyclist, winning Gold in 2012 and 2016, and is a motivational and inspirational speaker on teamwork and overcoming adversity.

Joanna came to cycling quite late and was talent spotted at 15. It was not something she had proactively done before so was a testing challenge for her, but with determination and perseverance she won junior titles and represented her country at the Junior World Championships.

Between 2010 and 2011 a series of setbacks and unsuccessful tournaments meant her place at 2012 was not guaranteed. However, through her dedicated, she recovered and battled back to become World Champion, World Record holder and Olympic Champion in 2012.

She moved into more individual races rather than team races, and in 2014 she won gold at the World Championships and Commonwealth Games in the Individual Pursuit that year.

In 2016 she as actually more of an underdog having not won the World Title that year but succeeded again and the team blew the competition away to take a gold medal again and three new World Records in the process.

Joanna has managed all of this while suffering from alopecia. While this may not have affected her physical ability on the bike, it has brought with it many challenges as she grew up and has spoken frequently on how she overcame those confidence issues.

Working with the BBC in Rio after she finished racing, Joanna received great praise via social media from many people enjoying her warming presence on camera and insight into the racing mindset.

Joanna can tailor her talk to the audience as necessary and can speak passionately on the following topics:

"Joanna gave a motivating and inspiring speech to our staff with her story of overcoming challenges. Joanna attracted over 200 people to our event, with 250 people also streaming live online. She is a true professional, and we would highly recommend her as a speaker."

"Fantastic, jaw dropping and an absolute professional. We were over the moon, and everybody had a great evening."

“Joanna’s speech exceeded our expectations, it was fantastic! She clearly listened to the brief and context around the brief when we had our introduction pre-Christmas as her content was brilliant and aligned to the brief perfectly. We received unanimous positive commentary from the audience. It also really helped that Joanna stayed at the end for photos and to answer individual questions.”

"Joanna spoke eloquently and from the heart to the girls at both assembly and A-Level Prize Giving. We are all very proud of her achievements, fighting spirit and generosity of time and commitment to the school"

"A tremendous story of perseverance, overcoming setbacks and the importance of self belief."

"Joanna was a superb host and really lit the event up" 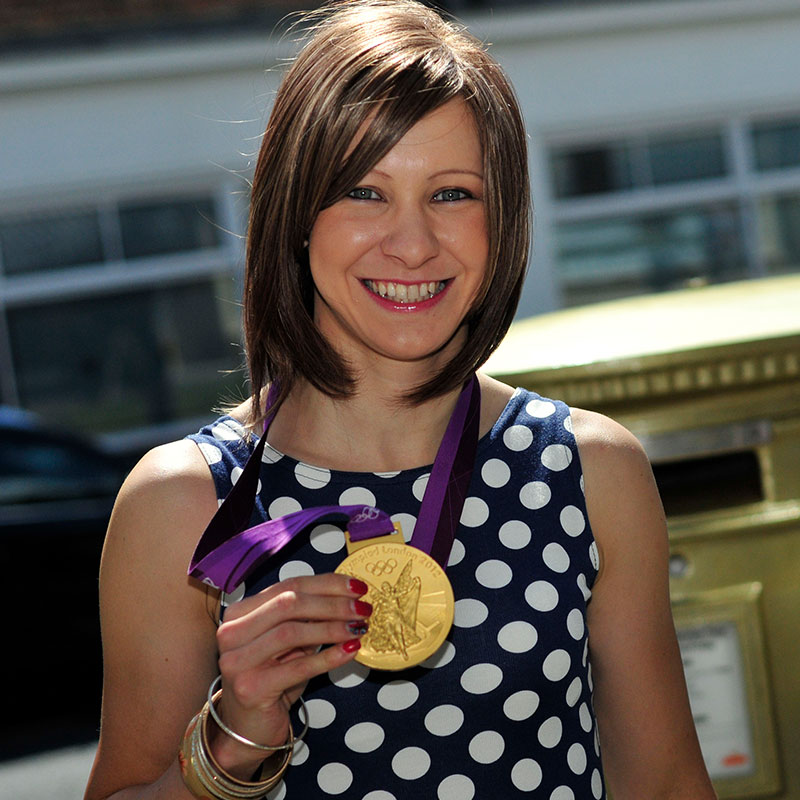