Anna Hemmings MBE is Britain’s most successful female marathon kayaker with a staggering eleven World and European Championship medals, 9 of them gold, she is now a leading inspirational speaker on resilience and high performance.

By the age of 24 Anna had been World Champion 3 times and competed at the Olympic Games.  In 2010 she was awarded an MBE for her services to sport.  She achieved this success against all the odds. She was told by the British head coach that she was not big enough or strong enough to be a great kayaker. She proved him wrong. At the peak of her career, Anna was diagnosed with Chronic Fatigue Syndrome and was told by medical experts she might never race again.  She battled her way to full recovery and went on to win a further 3 world titles and compete at her second Olympic Games in Beijing 2008.

Anna has since become recognised as a specialist in the field of resilience and the psychology of high performance. She is an accredited Performance Coach and founded Beyond the Barriers high performance training consultancy. Anna has worked with CEO’s and senior leaders through to middle management, designing and delivering resilience, leadership and high performing teams programmes. She works globally with leaders and teams helping them develop the skills, attitudes and behaviours to deliver exceptional performance.

Anna’s unique combination of experience in elite sport combined with 12 years leading a successful business and working alongside senior leaders, gives her a broad understanding of the challenges that leaders and teams face and how to overcome them to deliver outstanding results.  Whether its building confidence, engaging teams or developing resilient leaders, she is passionate about helping others succeed at the highest level. Her most popular speeches are:  ‘The Resilient Leader’s toolkit’, ‘Success in the Face of Adversity’ and ‘The Winning Mindset’. Key themes include:

With 18 years of experience on the speaker circuit, Anna’s speeches have been enjoyed and valued by senior leaders through to middle managers, in more than 15 different countries, across a variety of industries from banking and telecoms, to healthcare and retail. These global brands have trusted Anna to inspire their people to achieve more: IBM, Unilever, Vodafone, Balfour Beatty, UCB Pharmaceuticals, British Airways, Deloitte LLP, RBS and many more.

Key insights from Anna’s engaging and thought provoking speeches are brought to life through entertaining anecdotes from her journey in sport and business. She has a proven track record as an accomplished, inspiring and humble speaker. She makes sure that she has a clear understanding of the audience, the company and their industry; ensuring that each presentation is relevant and designed specifically for the client.

Anna’s sporting achievements were recognised at the Sunday Times Sports Woman of the Year Awards in 2005 and then again in 2007 when she was voted BBC London Sports Personality of the Year.

“It was one of the best motivational talks translating high performance in sports into the business world that I’ve heard. We’re all going away with many wonderful insights and take-aways.”

“We were looking for an event to showcase resilience and to give an empowering message to our employees – Anna’s virtual session wholeheartedly fulfilled this purpose. She shared her inspiring journey and brought a number of skills based techniques and solutions to dealing with challenges and building resilience. This combination made the presentation highly engaging, meaningful and motivational!”

“We loved Anna’s insight into how to maintain a winning mindset in sport and business to stay at the top of your game every day. We'll certainly be looking to use Anna again and I'd highly recommend her to anyone else.”

Anna’s top tips for ‘Getting the Competitive Edge’, learned from a career in sport, are practical, relevant and directly applicable to any business. The Lego models are a great reminder of the personal and team learnings and commitments that we made to enable us to meet the challenges that 2020 holds.” 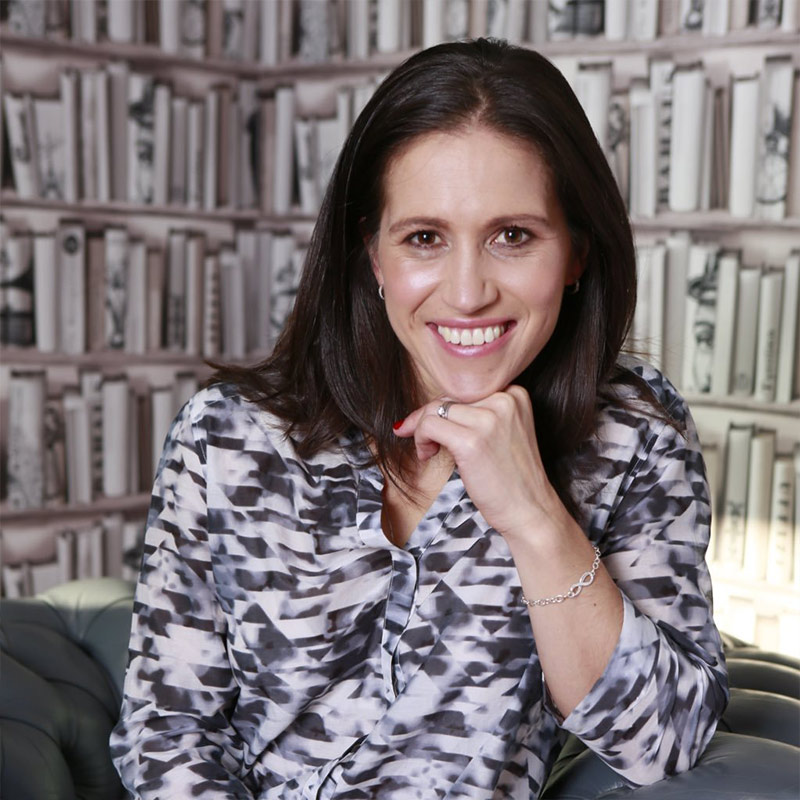 Mark Richardson is a former world-class athlete who enjoyed success at an Olympic and World Championship level and is now a leading speaker on Management and People Development.