When Garry Herbert watched the Men’s Four, led by Steve Redgrave, emerge from the mist over Lake Casitas at the 1984 LA Olympic Games, taking Great Britain’s first Gold Medal in rowing since 1948, little did he know then the extent of how monumental a catalyst it would become and how that one moment would fundamentally change the course his life forever, reverberating far beyond a sport – which saw him eventually become Olympic and World Champion himself – ultimately to Wall Street itself and 14 years at one of the world’s most prestigious and revered financial institutions, Goldman Sachs.

At the heart of his journey – which against all the odds saw him take on and break down barriers at every stage – were a number of constant themes including the incontrovertible power of making a call to do something, investing in himself and then relentlessly acting upon it.  Like the five interconnecting Olympic Rings, Garry illustrates the five significant times when he made a call that was to have a crucial impact on the direction of his life (both on and off the water) and how each one built on previous experiences to produce an extraordinary timeline.

Garry is perhaps best known as the cox of the Searle brothers who at the 1992 Olympic Games in Barcelona, tucked away in the bows, inspired them to achieve what was a performance of a lifetime, and the medal ceremony that followed “tears and more tears” will forever be remembered as one of the most endearing moments of Olympic history.  But that is not who he is today, the story of that time, while an important chapter, does not define him, unlike so many other sports men and women.  And critically, the journey didn’t end there, it was merely one piece of an incredible jigsaw, a jigsaw that included a career as a successful barrister which culminated in establishing one of the leading sets of chambers in London.

But Garry has not strayed too far from his sporting roots, he is currently BBC Sports lead rowing commentator – Tokyo 2020 will be Garry’s sixth Olympic Games in that seat.  The late, and highly revered, sports journalist and Olympic Champion, Chris Brasher, once said: “There cannot be any commentator in the world with more passion.”

It’s a been a life defined by the power of making a call, the ripple effect from those moments, while all the time blocking out what Garry calls “the white noise”.  While many have studied the interconnecting relationship of high performance sport and business, there are few who have successfully transcended both. Garry is one of those few.  The father of modern day sports management, Mark McCormack, once wrote a book entitled “What they don’t teach you at Harvard Business School” –  Garry is the living embodiment of that book.

From Golden Pond to Goldman Sachs, Garry has amassed a wealth of knowledge, leadership skills and experiences (of the good, the bad and the downright terrible – you will be both amazed and shocked), from building and leading diverse teams to understanding risk management and the importance of the playing the long game. And throughout it all never compromising his own set of principles.

One day he will put it all down in a book, but until then Garry is passionate about sharing his secrets through a powerfully insightful presentation of what it takes to be successful and dealing with the myriad of issues we are constantly bombarded with in an ever evolving world.  Here’s the kicker – it’s not rocket science, there is no scientifically proven study or formula, nor do you require a personality profiling test to implement it. And it is 100% guaranteed.

Meanwhile, the next stop on the timeline: The Ministry of Sound.  Garry’s next challenge – working towards performing on stage at one of the world’s leading music venues, he just needs to find the right DJ name!

Using some of the most inspirational and exclusive Olympic film footage courtesy of the BBC, Garry takes his audiences on incredible Olympic journey which never fails to inspire.

"Your presentation and DVDs were informative and highly entertaining, and your natural delivery ensured that everyone enjoyed it immensely...to keep such a large group of people enthralled was a true reflection of your Olympic persona." 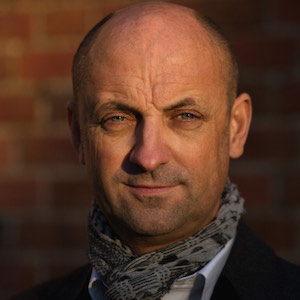 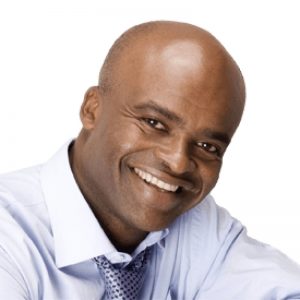 Kriss Akabusi has been a well-known face to the motivational speaking circuit for over 20 years and continues to inspire the audience with his bubbly personality and enthusiasm.