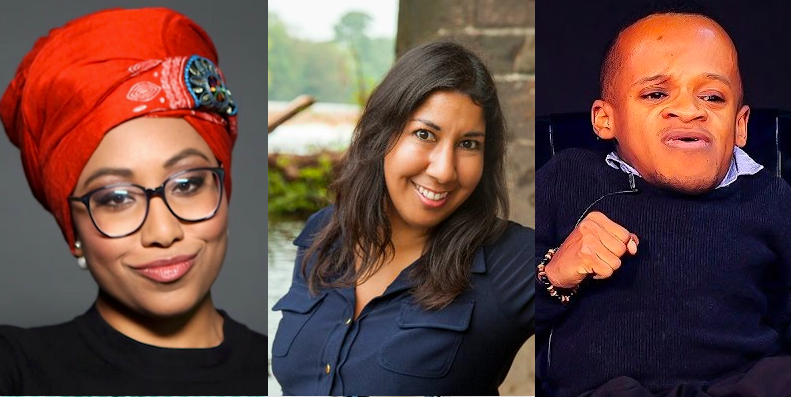 With Black History Month taking place in the UK between in October and the impact the Black Lives Matters Movement is having thrusting diversity and inclusion into the world news agenda, we just wanted to highlight some of the speakers we work with that can, and have been, talking on issues of social inclusion and equality.

Anj Handa is the Founder of Inspiring Women Changemakers, a dynamic movement of changemakers who speak up for women’s rights.

Named as one of Grant Thornton’s 100 Faces of a Vibrant Economy in 2018, described by i-news as ‘a bloody brilliant woman’ and winner of the AFSA 2017 Positive Action Award, Anj has 20 years’ experience in the field of Social Impact and Inclusion. She was recently recognised in Forbes as one of the 10 Diversity & Inclusion Trailblazers You Need to Get Familiar With.

Tessa Sanderson CBE competed in Six Olympic Games, winning Gold in 1984 for the Javelin and is a charming motivational speaker on teamwork, health and wellbeing, and diversity and equality.

Tessa remains today the only British woman ever to win a throwing Gold Medal and in addition to the Olympic Gold, won three Commonwealth Golds and a World Cup Gold in Cuba in 1990. In the 1992 Barcelona Olympics and competing in her 5th Olympics she finished an incredible 4th place in the final.

Tessa recently delivered a short address on the impact on racism and education in schools. To see the short clip see here https://www.youtube.com/watch?v=vA14J_3M_pY

Winston talks on a number of subjects but in particular address –

Anthony Bennett is an inspirational speaker and motivational speaker & fundraiser who learned how to walk, talk and speak again after contracting three virus infections at the same time.

After what many would consider being a miracle, Anthony was given only a 10% chance or survival, but has made a full recovery and is inspiring businesses, schools, and organisations with his optimism and bubbly personality.

Anthony is booked to speak at a Black History Month in October this year and covers subjects such as the power of teamwork, taking opportunities, and resilence.

After working on oil and gas rigs around Australia for almost half a decade, she became a full-time writer and broadcaster in 2016.

Yassmin Abdel-Magied has spoken in over 20 countries and her TED Talk, “What does my headscarf mean to you.”, has been viewed almost two million times and was chosen as one of TED’s top ten ideas of 2015.

Yassmin has been busy during the last few months speaking at online events including this session for Intelligence Squared on Statues, Slavery and the Struggle for equality

If you are looking for a speaker on diversity or inclusion or for someone for Black History Month do drop us a line and be happy to help further – enquiries@scampspeakers.co.uk