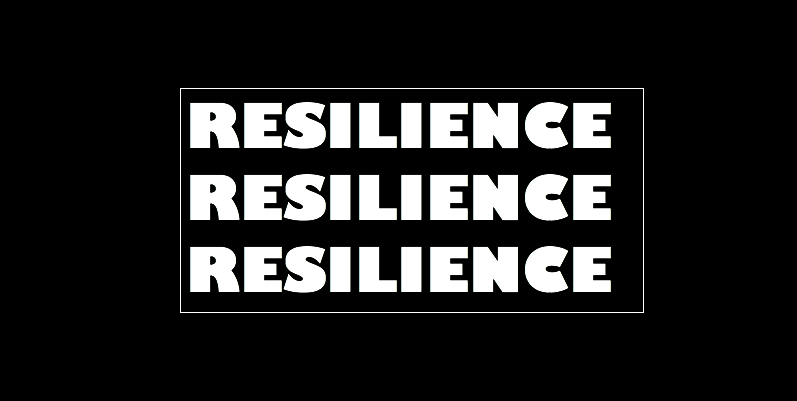 Over the past year or so, when clients have contacted us with an enquiry, the most consistent word that has come up is “resilience”. Obviously, this word can cover a number of areas within a business, but primarily the focus has been on wanting speakers who can talk about their own experience of overcoming adversity and how to be resilient when faced with hurdles and challenges – like many of us have faced in the past 18 months.

I could list numerous speakers that could fit this brief but here are just a few of them we work with who have spoken for us or who can speak on resilience.

John Volanthen is a world-record-holding British caver and cave diver who has been involved in cave exploration over the last two decades. John began caving with the scouts at the age of 14 and has been at the forefront of cave exploration since combining caving and diving. In 2018, John played a key role in the Tham Luang Thailand cave rescue and was named one of TIME magazine’s “Heroes of the Year.”

John has been involved in exploring and mapping caves throughout the world, including the UK, Europe, and Malaysia, often with dive partner Richard (Rick) Stanton. John attended the Tham Luang incident in Thailand, along with his cave dive partner, Rick Stanton. The duo were able to successfully locate the missing children—something, not even special forces were able to do—and then participated in their extraction and successful rescue, leading the team two-and-a-half miles through a flooded dungeon of a cave buried deep inside a mountain. A video of Volanthen and Stanton making initial contact with the team has since gone viral globally.

Phil Olley is a sought-after inspirational speaker and international author, who works with companies and individuals throughout the world to help them dramatically enhance performance, improve results, and achieve their goals.

Having had an exciting military career, Phil entered business in 1990. His experience of leadership in the military coupled with his ‘business baptism’ in sales, and a passion about how to overcome adversity, ensure his speeches are packed with real-life examples, delivered with creativity and clarity. One of his talks is on Mental Toughness.

Mental Toughness – Title: Controlling the Uncontrollable: Mental Toughness, resilience, and overcoming adversity. As the world gets faster, and the challenges become greater, the demands on teams and individuals spiral ever upwards. As someone who has faced considerable adversity, in this entertaining, engaging, and creative session, Phil delivers the key principles that highly successful individuals, teams, and businesses use to achieve outstanding results and reach their goals, regardless of circumstances and external conditions. And at a time when motivation might be low, it’s not a question of just digging deep, or dredging the bottom of a barrel for more enthusiasm.

After what many would consider being a miracle, Anthony was given only a 10%chance of survival, but has made a full recovery and is inspiring businesses, schools, and organisations with his optimism and bubbly personality.

With a highly infectious and positive outlook on life, Anthony takes his audience on a crucial journey on how he turned a huge negative situation and used it to fuel positive outward ripples in his daily life.

Richard Gerver is considered to be one of the most inspirational leaders of his generation having turned around a failing school into one of the most acclaimed learning establishments. He is best selling author, respected thinker, and award-winning speaker, and is always in demand to speak at events across the world. Richard’s background is in education, most notably as headmaster of the failing Grange Primary School. In just two years, he famously transformed it into one of the most acclaimed learning environments in the world. He was celebrated by UNESCO and the UK Government for his incredible turnaround.

Resilience –Richard has worked with some of the world’s most successful sports and business organisations. Richard uses his unique insights into human development and success to help audiences understand what holds people back and how to unlock their full potential.

Anna Hemmings MBE is Britain’s most successful female marathon kayaker with a staggering eleven World and European Championship medals, 9 of them gold, she is now a leading inspirational speaker on resilience and high performance.

By the age of 24, Anna had been World Champion 3 times and competed at the Olympic Games. In 2010 she was awarded an MBE for her services to sport. She achieved this success against all the odds. She was told by the British head coach that she was not big enough or strong enough to be a great kayaker. She proved him wrong. At the peak of her career, Anna was diagnosed with Chronic Fatigue Syndrome and was told by medical experts she might never race again. She battled her way to full recovery and went on to win a further 3 world titles and compete at her second Olympic Games in Beijing 2008.

Her most popular speeches are: ‘The Resilient Leader’s toolkit, ‘Success in the Face of Adversity, and ‘The Winning Mindset’. Key themes include:

Jaz Ampaw-Farr is an inspirational speaker who overcame incredible hardship during her early life but has gone on to become a TV presenter, author, and trainer who has consulted governments worldwide. Born into poverty, sexual abuse, and neglect, Jaz Ampaw-Farr believed that she was worthless. During her life, though she encountered five teachers (and, importantly, one pimp) whose belief in her literally saved her life.

Jaz has spent the rest of her life paying them back and qualifying as a teacher in 1994, she is a respected literacy expert, coach, and author of Because of You, This is Me.

Jaz Ampaw-Farr shares ideas and insights from her life in her work with leaders and educators with humour, energy, honesty, and an unswerving optimism in people, and an authentic connection in particular.

Resilience and Change Management – Be Resilient or Resign

If you looking for a speaker on resilience and need some more information please do email us on enquiries@scampspeakers.co.uk