Michael Duberry is a former professional footballer and keynote speaker on dealing with change, elite performance, and raising your game

There are very few that get the opportunity to play in the English Premier League. In fact, it is just 0.01% that make it to the upper echelon of English football. The average length of a professional footballer’s career is 8 years. Michaels exceeded that by 12 years!

Michael Duberry made a staggering 500 appearances for clubs and is honoured to include Chelsea, Leeds United, Stoke City, and Reading in that list. Cristiano Ronaldo, Gianfranco Zola, Ruud Gullit, and Thierry Henry are just some of the world-renowned footballers Michael frequently shared the pitch with. Among his many professional accolades, Michael is proud to include: English League Cup winner, European Cup winner, and the European Super Cup.

Inevitably older age crept up on Michael as well as injuries, forcing retirement. That didn’t temper his drive and determination and he turned his attentions to media and keynote speaking with a focus on elite performance.

From his time as an elite footballer Michael has transferred his highly valuable knowledge and experience into powerful and exceptionally motivating keynote sessions:

Michael is very familiar with change; some might even go as far to say an authority on the subject! In his professional football career, he had 19 different bosses, 380 different significant co-workers, worked for 10 different companies, had 51 different uniforms, and 145 different places of work. However, his ability to effectively deal with change afforded him 20 years as a professional footballer when others only managed an average of 8years.

Elite performers are individuals who are not only considered remarkable but strive to go beyond perceived limits and sustain operating over conventional norms, for long periods.

In this keynote Michael will take the audience into the exclusive world of elite football, addressing the important and significant parallels between elite sports and business high performance. An individual or team can have potential, talent, and ability but elite performers will have specific qualities, characteristics, traits, and habits. The insight that Michael shares in this keynote will give the audience the opportunity to assess their own performance and the tools to start, or improve their journey to achieving ‘Elite Performance’.

To raise your game is to improve the way that you are doing things. In life and business, this is something we ask others and ourselves to do on a regular basis. The actual process of ‘Raising your game’ is something we do subconsciously and consciously but whichever way we do it does it result in a successful process?

In this keynote Michael Duberry will examine his winning process, breaking it down into bitesize, engaging elements that are easy to remember and apply. Reflecting on his career as an elite footballer Michael will demonstrate that whether you are in elite sport, looking to move up the corporate ladder, or reach and or surpass your targets, by applying a proven process you have the ability to succeed!

Michael with his down-to-earth style will take the audience into the exclusive world of elite football, addressing the important and significant parallels between elite sport and business high performance. The insights that Michael shares in his keynotes will give the audience the opportunity to assess their own and or team’s performance, together with the tools to make effective change and improvements.

"Michael delivered an incredibly inspiring session on teamwork with my staff at the Bank as part of a team awayday. He discussed the brief with me carefully at the planning stage and tailored the session to our exact needs. Michael managed to engage a very diverse group, drawing on all his skills and experience, mixed with some truly engaging anecdotes. Both the content and style of delivery meant we all went away from the day feeling like we had really achieved something."

Michael coached me through some challenging times during my early career moves in Financial Services. He shared personal sporting challenges that I could relate to and help improve my personal motivation and behaviours. Michael's experience and enthusiasm was great and his down-to-earth nature made it really easy to discuss difficult topics. I would certainly recommend him as a great coach!"

"Michael gave 2 external presentations for Apollo. In both instances his ability to translate his professional sporting career into practical advice for success for anyone listening was exceptional. He was an engaging and motivational speaker with themes that included dealing with change in an ever-fluid world and coping with the fear of the unknown. We’ll certainly be partnering again in the future." 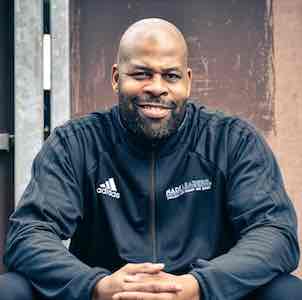 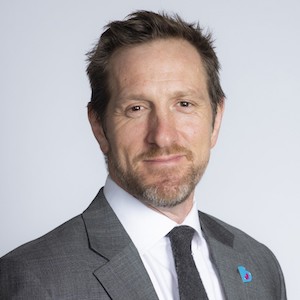 Will Greenwood is a former England, British Lions and Rugby World Cup Winner and an inspirational and motivational speaker on leadership and team-ship.