Danny Scheinmann is filmaker, best selling novelist, actor and an inspirational speaker on storytelling and communication

Danny has travelled extensively telling stories in over 30 countries , working with street children in some of the most challenging cities in the world including Manila, Bogota and Pnomh Penh, and was one of the first UK performers into Siberia after glasnost in 1991.  He’s a Sunday Times best selling novelist reaching no.1 on Amazon UK in fiction and is a film maker and actor and experienced speaker, whose clients include as Microsoft, Airbus and Experian.

Having obtained 2 degrees from LSE and the University of Strasbourg, Danny set up his own storytelling company with a couple of friends. They were one of the first foreign theatre companies into the former Soviet Union in 1991 during the Gorbachev era and performed all over from Irkutsk in Siberia to Odessa on the Black Sea.

Danny started to get more traditional theatre work which lead to roles at the Royal National Theatre in London, Birmingham Rep and with Alan Ayckbourn at his theatre in Scarboroug and then to various TV and film roles. He wrote the short film script The Divorce and went onto direct the indie feature film “After Louise” and is currently developing more scripts under the guise of The Scheinmann Brothers.

Danny turned to writing novels and his first book Random Acts of Heroic Love, got shortlisted for the British Book awards and went on to become an international best seller translated in to 21 languages. His second novel The Half Life of Joshua Jones was published in 2016.

Danny belives stories are not only entertaining, they show your values in action and communicate your culture. They are a statement of who you are and why you do the things you do. Stories are the best way to educate people and share wisdom

When do you need stories?

Love is all you need

One day Danny Scheinmann woke up in a clinic in Ecuador. He couldn’t remember how he got there or even what year it was. A doctor told him he’d been in a bus crash and that his girlfriend had been killed.  Danny tells the story of how the tragedy led him to write his best-selling novel Random Acts Of Heroic Love and why in the real world gold is where the heart is. He asks if it’s possible for organisations to go beyond ‘purpose’ and find love?  And was Tasso right when he said “Any time not spent on love is time wasted”.

How not to be boring.

It’s 3pm. You’re at a conference. The audience have sat through 6 hours of deathly powerpoint. Half of them are jetlagged and drifting off and the other half have eaten too much in the hotel buffet at lunch and need the loo. And now it’s your turn to speak. Your message is vital. You want to engage, motivate and excite them with your ideas and entertain them on the way. How are you going to win them over? Maybe you’re pitching to a customer, speaking to your team or presenting to your boss.

Master storyteller Danny Scheinmann will reveal the secrets of how not to be boring.

The art and heart of Storytelling

How good storytelling can transform the way you do business.

Everyone loves a good story. Stories are like data with a soul. They show your values in action. They are memorable and engaging. Using real stories from the organisations he has worked with Danny will show how stories work, why they work and when to use them to the greatest effect.  He will explain how to structure a story, how to use story archetypes and how to win hearts and minds.

NOTE: Danny has never given the same speech twice. He will engage with you first and tailor his talks to your needs.

“Your keynote was really wonderful and many participants came to us to express their appreciation and get your contacts. Certain participants had already other trainings on storytelling but still confirm that yours is the most impactful and vivid.”

Thank you it went down really well - the information you shared and the stories you told were both fascinating and timely. I’ve no doubt that the knowledge you shared will help us develop our strategic narrative, as well as support our leaders in telling that story to their teams. I only wish we had more time with you.”

Danny has been a very inspirational guide for me and my team. He helped us to deliver messages with more clarity. His advice was always spot on. But more importantly, Danny is one of those people you want to work with. My teams have been guided and not told what to do, they have been inspired and not been put under stress.” 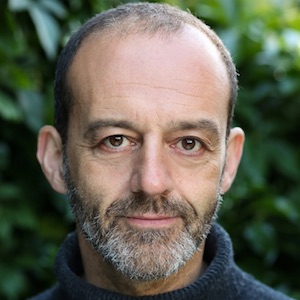 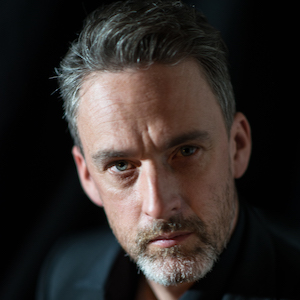 Will Storr is an award-winning writer and journalist and a popular speaker on the science of storytelling. His Science of Storytelling for Business speeches take an evidence-based approach to storytelling, using the latest findings from psychology and neuroscience to explain the power and practise of storytelling for those who seek to influence, persuade and motivate 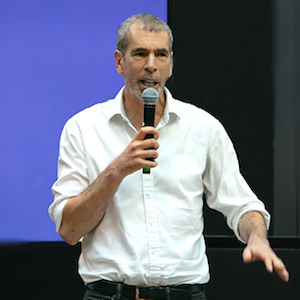 David Bodanis is a futurist, historian, scientist, business advisor and prize-winning author, and keynote inspirational speaker. David speaks on how to navigate uncertain futures, how fairness helps businesses succeed, and creativity in the workplace.