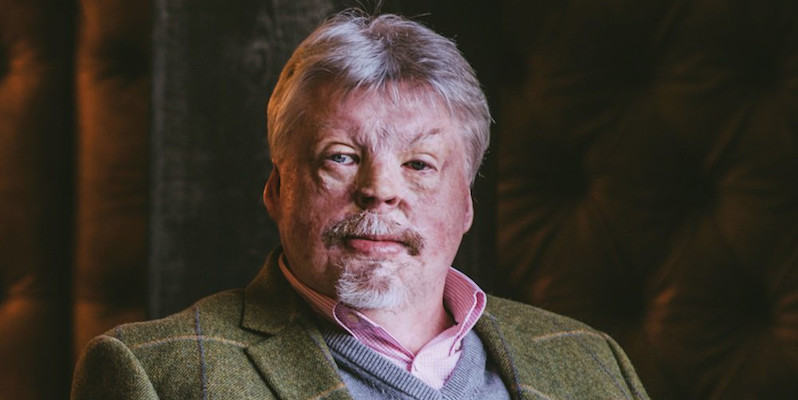 Everyone at Scamp Speakers would like to wish Simon Weston CBE a very happy 60th birthday for the 8th August. It has been a pleasure to work with Simon for a number of years and his story continues to inspire.

2022 marks the 40th Anniversary of the Falklands War and many will remember the QED documentaries that followed Simon’s story, from the severe injuries he received, his road to recovery, and to the wonderful charity work, he has gone onto do, culminating in him being awarded the MBE and CBE for his services to charity.

His story is one of triumph over adversity, and as many of us have struggled with our mental health this year, Simon continues to be an inspiration, speaking on how he coped with what happened to him and the positives he has taken from it.

Some more information on Simon is below and if you are interested in Simon speaking at your event please do not hesitate to drop us a line.

His story was picked up in the documentary Simon’s War and was followed by millions of people across the UK. Simon has endured years of reconstructive surgery and has undergone over 70 operations and yet has an endearing positive spirit, that has made him one of the UK’s most respected and inspirational icons.

Following his injuries, Simon’s road to physical, spiritual, and mental recovery saw him active in a number of highly successful ventures including ‘The Weston Spirit’, a Liverpool-based young people’s charity. He was awarded the OBE in 1992 and was again recognised in the 2016 honours with a CBE, both for his charitable work.

He was honoured as one of the top 100 Welsh Heroes in 2004, and in 2014, in a survey conducted by Freud Communications, Simon was voted top of the UK’s Heroes Index, naming him the Nations Favourite Hero. In early November 2015 Variety Children’s charity awarded Simon a Legend Award for his services to Motivational speaking and in December he was awarded the Freedom of the City of London.

In 2014 he was nominated by viewers on the BBC One Show to have his portrait painted and hung in the National Portrait Gallery, and BBC documentary followed Simon and the process behind creating the portrait.

Simon Weston presented reports for ITN covering the 90th Anniversary of the end of the First World War and in late 2011 he returned to the Falklands Islands to film a documentary to help mark the 30th Anniversary of the Falklands War in 2012. His autobiography, Walking Tall, was No1 on the best-selling list. Going Back was also a best seller being in the top 10 for eight weeks. He then wrote a series of fiction books with titles such as Cause of Death and Phoenix. His most recent book, Moving On was published in 2003 and sees Simon lay his Falklands ghosts to rest.

“Simon was such an inspiration. After all that he has been through his positive outlook on life really made me sit up and think. His added humour made it even more enjoyable.”

Very best wishes from all at Scamp Speakers.