Home    Will Greenwood – Book of the Month 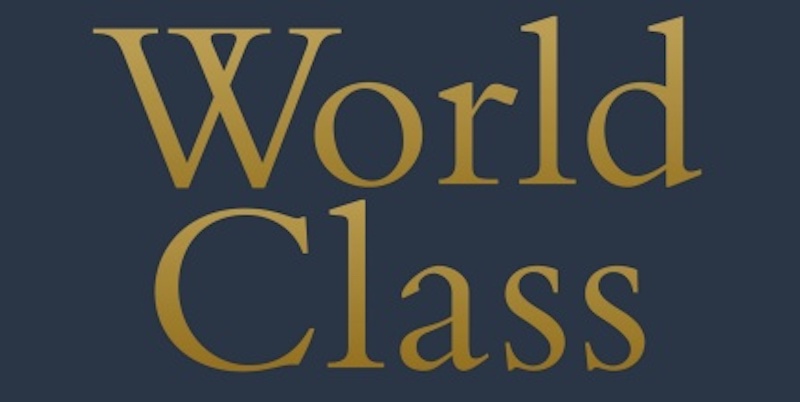 Will Greenwood – Book of the Month

Our September book of the Month is “World Class : How to Lead, Learn and Grow Like a Champion” by Rugby World Cup Winner Will Greenwood and Ben Fennell

Will Greenwood is best known for his integral part in the 2003 Rugby World Cup-winning team. Ben Fennell has spent over 16 years as CEO of BBH, helping some of the world’s biggest businesses and brands grow. Together, they understand that world-class performance – in both business and sport – requires a fresh approach and a new set of behaviours.

WORLD CLASS demonstrates how much elite sport can teach us about high-performance leadership by uncovering the principles that unite all top-level performance, both on and off the pitch.

Greenwood and Fennell prove that the secret to great leadership is unity, not uniformity. After speaking to inspirational leaders across all areas of sport and business – from Rio Ferdinand and Sir Clive Woodward to Dave Lewis and Kate Richardson-Walsh – they reveal how the guiding principles of celebrating difference and forging togetherness are the fastest way to accelerate growth.

“This is not just a great sportsbook or a great business book, it’s a great book about sport and business. I’ve known Will and Ben for a long time and they are two of the sharpest minds around. This is an essential read for anyone who wants to lead and win.” Sir Clive Woodward

Beautifully synthesised…these lessons from the very best are gold for anyone who shares their belief that ‘nothing beats winning together’ – Alan Jope, CEO of Unilever

Will Greenwood is a former England, British Lions, and Rugby World Cup Winner and an inspirational and motivational speaker on leadership and team-ship.

Will Greenwood is not one to shy away from high-pressure, highly competitive situations. Having started working life on London’s City trading floor he went on to become the second-highest try scorer in English rugby history and helped power England to victory at the Rugby World Cup in 2003. He is widely regarded as one of England’s greatest ever rugby players, as well as one of the sport’s most engaging, intelligent, and entertaining characters.

Greenwood made his debut in 1994 for Harlequins, before progressing to Leicester in 1996 and being handed his full England international debut in 1997. The 2000/01 season saw him establish himself as an England regular under the tutelage of Clive Woodward and accolades swiftly followed. He was awarded man-of-the-match performances in England’s Six Nations victories over Scotland, Wales, and Italy in 2002.

A brilliantly funny after-dinner speaker, Will can shed light on the more serious lessons learned from a career in elite sport. As a Durham Economics graduate and former City trader with HSBC he can speak eloquently, intelligently, and with real insight about the synergies between high performance in sport and business. He brings with him knowledge and expertise on the following themes: