Gary Hutton is an inspirational and motivational speaker who talks on the importance of education in life and how you can overcome adversity and take on any challenges thrown at you and the importance of developing a passion that will deliver all you need in life.

If you want to add that extra dose of motivation and success to your audience Gary is an expert at doing that. As someone come from nothing to achieving success and unbelievable personal heights to helps others he can deliver a message like no other, ideas and tools that will help your audience to believe in themselves and believe they can do, be and achieve more. As Gary says, he changed first and the success followed. From child poverty to prison, his inspiring story is not to be missed.

Gary Hutton is an inspirational and motivational speaker who talks on topics that we all face on a daily basis that he has overcome, setbacks adversity and the importance to take on any challenges thrown at you and the importance of developing a passion that will deliver all you need in life.

Gary grew up in the East End of London where violence and crime was all he knew. School was somewhere to go to eat as they were giving away free food, and he was never told about the importance of education in life, or even why he was going to school. It was either go to school or go and live in a children’s home.

As a young boy, he was taught how to steal by the one person who should have been his role model and mentor – which eventually ended up with Gary being imprisoned for his part in major crime.

Gary did what he does best and survived, but struggled deeply with what had happened in his world of dysfunction growing up, suffering from post-traumatic stress disorder after being one of 11 children all being under the age of 15 the youngest only 18 months old himself only 7 years old dealing with loss and heartache of losing their Mum at a very young age, trauma become the norm day after day.

Gary is a product of his circumstances but he is a survivor, and having found himself in a padded cell being pumped with drugs he did not break him, instead it made him and Gary set about turning his life around.

Gary founded the Award-Winning Charity “Product of a Postcode” after writing the book of the same name, Gary achieved so much over the years to help steer young people in the right direction any way he can, through mentoring and talking to young people heading down the same path he found himself on in his younger years. Gary took the charity from an idea to becoming an alternative education provider for local councils in schools across London and the Home Counties.

In response to disturbing figures, the Youth Crime Committee was established, by MPs from across the political spectrum to deal with and understand youth crime and violence, and Gary was brought in as an adviser to the committee. Going on to becoming award winning documentary maker on knife crime.

He often gives talks to young people to help guide those on the verge of being led on a lifelong path of crime and violence, giving them a renewed sense of self-worth and highlighting the pitfalls and how to deal with peer pressure and gang culture knife crime, drugs and more.

The book “Product of a Postcode”

Gary truly knows the importance of giving back, passing on the know how to achieve and succeed. Now Gary is ready to branch out to motivate and inspire the world willing to pass on the tools need to succeed in life, from where he has come from anything in life is possible.

Gary’s talks are hard-hitting, but his ability to ‘connect’ with those in his company ensures he manages to strike a chord and plant seeds of change. Coming back from the dark depth of mental health not many could say they have lived such a life.

Gary Hutton motivates anyone who hears him talk with passion and emphasises everyone can achieve anything. For corporate events, Gary challenges an audience that they can overcome any problems thrown at them and that having a positive mental attitude you can become anything you want. Gary sees the funny side in some crazy situations and gives his audience a memorable event.

Gary also speaks on mental health issues, how he was affected by PTSD when he did not even realise it and how he managed it going on to achieve so much in life, Gary’s life path is a tool for learning.

"The pupils talked about previous sessions and spoke to other students in the school about Gary, his story and some of the work that had been happening. This level of sustained engagement (5 weeks) was a challenge for the majority of pupils but the delivery method kept them engaged throughout. This gave the project an opportunity to embed the learning process around role models and positive/negative influences. This had a far greater impact than a stand-alone session could achieve"

"Gary Hutton and his wonderful charity Product of a Postcode has been in to the library at Feltham young offenders a few times now and his talks are always interesting and inspirational. Gary has a way with the students and gets them on-board firstly by sharing his own story from childhood to becoming an adult, covering his own time spent being incarcerated"

Gary's talk have a powerful message with so many twists and uplifting moments that left myself and my staff motivated believing and understanding you can achieve anything life and it is possible with the right mindset, We went though every Motion during Gary's talk laughter sadness but left feeling truly overwhelmed by this man's passion for changing lives. 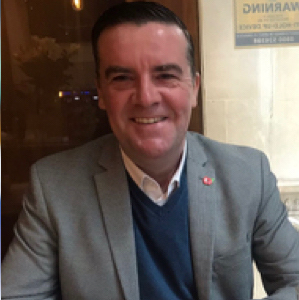 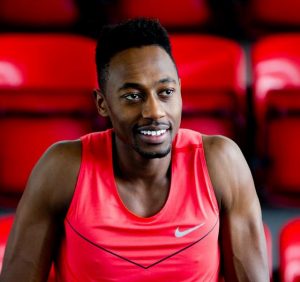