In one for the most distressing scenes in the history of football, Fabrice collapsed on the pitch mid-match against Tottenham, and despite his heart stopping for 78 minutes, thanks to the quick response of the medical team and due to his level of fitness, he went on to make a remarkable recovery, finally being discharged from hospital just over a month later.

Fabrice had started his football career at Arsenal where he was enrolled in the youth team as a schoolboy and went on to make his debut against Sunderland in 2005. During the summer of 2006, he moved to Birmingham City on loan and eventually signed permanently for the club after helping the team win promotion to the Premier League. He was voted Player of the Year by the club’s fans.

Fabrice played internationally for England at every youth level. He captained England’s Under-19s and went on to make 33 appearances for England’s Under-21s.
In 2008 he transferred to Bolton Wanderers and was voted Bolton Press Footballer of the Year. At the end of 2009-10 season, Fabrice signed another four-year deal at the club in 2012 the tragedy stuck.

Unable to play football again, Fabrice has now paved a career in the media and graduated with a BA in Sports Journalism from Staffordshire University in 2015. He has worked as a pundit for BBC, Sky, ITV, and talkSPORT and has recently got his UEFA A license.
Having worked with the Academy Team at Liverpool Football Club and Birmingham City, Fabrice has now taken up a coaching role at Stoke City.

Fabrice is dedicated to raising awareness of heart conditions and treatment and is an ambassador for the Arrhythmia Alliance’s Hearts and Goals campaign, which aims to place more defibrillator’s in public places to ensure other people may survive sudden cardiac arrest.

Fabrice Muamba is available for motivational and inspirational speaking opportunities. He talks on-

“Fabrice was a lovely man, quiet and humble. His speech was very inspiring, and the hall was in silence. He talked about his life and emphasised the importance of education.” 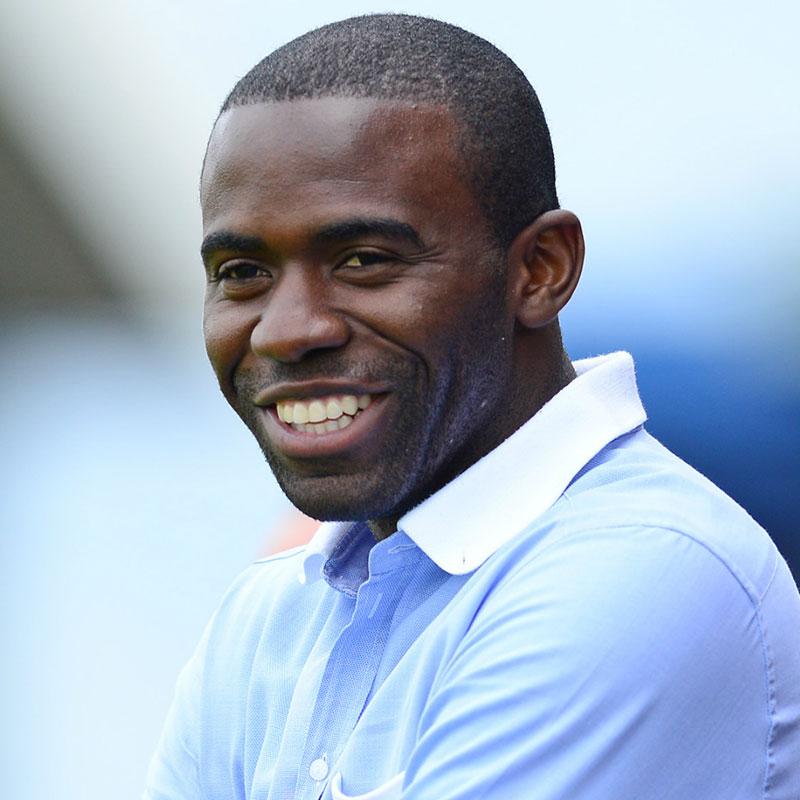