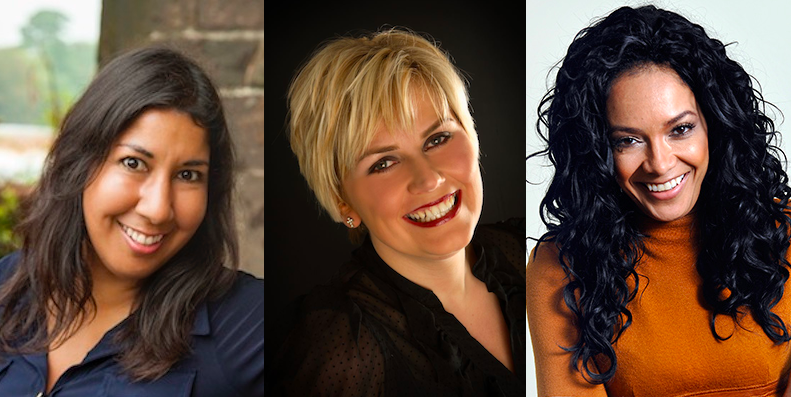 International Women’s Day takes place this year on Sunday 8th March 2020. If you are planning an event on this date or around it, these are just some of the inspirational speakers we would recommend for your event

Anj Handa
Anj Handa is the Founder of Inspiring Women Changemakers, a dynamic movement of changemakers who speak up for women’s rights. Named as one of Grant Thornton’s 100 Faces of a Vibrant Economy in 2018, and described by i-news as ‘a bloody brilliant woman’, she is the winner of the AFSA 2017 Positive Action Award, and has 20 years’ experience in the field of Social Impact and Inclusion. She was recently recognised in Forbes as one of the 10 Diversity & Inclusion Trailblazers You Need to Get Familiar With **

Baroness Tanni Grey-Thompson
One of the UK’s most successful and celebrated Paralympians and an inspirational and motivational speaker. Her Paralympic career began in Seoul in 1988 where she won a bronze medal but improved on this by winning four gold medals in Barcelona in 1992 and also got a silver in the 4x100m relay. She won another gold at the 1996 Atlanta Games, four golds at Sydney 2000 Games and her final golds in Athens in 2004 taking her total to 11 gold, four silvers and one bronze (plus five gold, four silver and three bronze medals at World Championships). She recently received Lifetime Achievement Award at the BBC Sports Personality of the Year Awards.

Lisa Potts
An inspirational speaker and George Medal holder, Lisa was a Nursery Teacher when she was severely injured protecting children at her school from a machete attack by a man with severe paranoid schizophrenia. The attack in 1996, left Lisa’s arm almost severed and four children were injured. Lisa, who was 21 years old at the time, also suffered severe cuts to her head, back, and both arms. Lisa has gone on to set up her own charity and re-trained as a nurse.

Dame Kelly Holmes
An outstanding motivational and after dinner speaker, Dame Kelly shares how she overcame adversity to achieve her lifelong dream and win Olympic Gold. Dame Kelly is one of the UK’s most famous athletes, respected throughout the world as a role model and an inspiration.

Dame Stella Rimington
Dame Stella was the first woman to become Director-General of MI5 in 1992 and is a successful author and business and keynote speaker. She has worked in all the main fields of the Service’s responsibilities – counter-subversion, counter-espionage, and counter-terrorism, before becoming the Director-General. She retired from the role in 1996 and became a Dame Commander in the same year in the New Year Honours List.

Helen Sharman
An inspirational Speaker and the First British Astronaut in Space spending eight days orbiting the earth on the Mir Space station in 1991. Selected out of 13,000 applicants she was one of two Britons chosen for Project Juno, a new combined Soviet and British led space mission

Jo Malone
Founder of one of the UK’s leading Fragrance and cosmetics brands and Jo is an authoritative speaker on entrepreneurship, women in business and customer experience.

Katie Piper
An inspiring and motivational speaker who was left with severe burns to her face and blinded in her left eye after a horrific acid attack. Katie went through a total of 40 operations, was in an induced coma for 12 days and her weight dropped to 38 kg. Katie had to wear a face mask for 23 hours a day and her mother, Diane, left her job to care for her daughter full-time. Katie turned adversity into opportunity founding the Katie Piper Foundation to support scar and burn victims as well as promote the postoperative treatment that allowed Katie to return to a normal life.

For more information or details on any of them or any of our speakers -please email us at enquiries@scampspeakers.co.uk