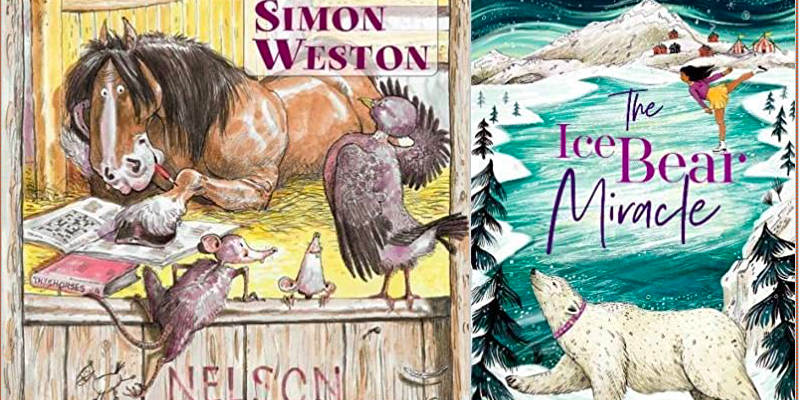 Primarily celebrated in the USA, but in some other countries too, the 4th May to 10th May 2020 marks Children’s Book Week.

With a lot of us working from home and with children not in school, many people are having to juggle home schooling and work, so we just wanted to take the opportunity to highlight some of the children’s books that have been published by a couple of the speakers we work with (and a couple of films too!)

Falklands Veteran Simon Weston is a popular motivational speaker on overcoming adversity and is well known for his charity work, but is also a children’s author and has written 4 children’s books

His four-book series follows a horse called Nelson and his adventures with his fellow farmyard animals. The books include, “A Nod From Nelson”, “Nelson to the Rescue”, “Get Fit with Nelson”, and “Nelson at Sea”. For more info on each please click here

Cerrie has also co-written a number of books with Laura Ellen Anderson.

There is also a couple of family films that have connections with some of the speakers we work with.

Dominic Colenso is a specialist in communication and leadership and has been delivering training and one-to-one coaching in the private and public sectors for the last ten years. Before concentrating on his speaking career Dominic appeared in the Hollywood adaption of Thunderbirds, playing Virgil Tracey, alongside Sr Ben Kingsley and Bill Paxton.

Benjamin Mee’s book “We Bought A Zoo” was turned into a film with the same name starring Matt Damon. Based on the true story, the film is set in the USA (rather than the UK) and tells the moving and inspiriting story of how one man and his family saved a struggling zoo. For more info on the film click here

Lastly, a special mention to a new children’s book out in August. Molly & the Bog Sprogs is released in August this year. It has been written by Lee Thomas, a friend of Scamp Speakers, and we wish him all the success with the book. For more information or to pre-order please click here.

In the meantime, if we can help further with anything at this time please email us at enquiries@scampspeakers.co.uk