Garrett Emmerson is the former Chief Executive Officer of the London Ambulance Service (LAS) who led the Service through the COVID-19 pandemic, as well as responding multiple major incidents including the two London Bridge terrorist attacks and the Grenfell Tower fire tragedy.

Appointed to modernise the Service after it was put into ‘special measures’ by NHS regulators, following a damming report by Care Quality Commission (CQC) inspectors rating it ‘inadequate’ overall, Garrett oversaw a transformation that, within two years, saw it exit special measures and be re-rated as ‘Good’ overall by the CQC.

However his greatest leadership challenge would come in early 2020, when London was hit first and hardest in the UK by the COVID-19 pandemic. The nature of its role as city’s primary emergency healthcare provider meant that LAS was at the forefront of the national response to this global emergency.

In just days, 999 calls would double; 111 calls treble and the organisation would lose up to 25% of its staff to COVID related sickness and self-isolation. Garrett understood quickly that unprecedented action would be needed to increase the capacity, save lives and protect the NHS.

Drawing on over thirty years of leadership experience, he enlisted the help of multiple partners from across London and beyond, enabling the Service to rise to its greatest challenge since the Second World War, continuing to be there for Londoners when they needed it most.

Prior to LAS, Garrett was Chief Operating Officer at Transport for London, responsible for its surface transport operations for over eight years, including during the 2012 Olympics when he oversaw the management of the Games Lanes, Olympic Road Network, and road based sporting events.

Working closely with both Boris Johnson and Sadiq Khan’s mayoral administrations, he has been at the heart of managing public and political events in London for more than a decade.

He has been intimately involved everything from major state occasions like the Diamond Jubilee celebrations and the royal wedding, to large scale sporting events like the 2014 Tour de France, London Marathon and annual Ride London events. He has overseen TfL’s response to multiple major incidents like the Battersea helicopter crash, London riots and Extinction Rebellion protests.

Garrett was also responsible for delivering Boris Johnson’s £4bn Road Modernisation Programme, including controversial projects like the London Cycle Superhighways, Congestion Charging and Ulta-low Emission Zone Schemes. As regulator of London’s taxi and private hire industry, he was at the centre of the so-called Ubergate affair between 10 Downing Street and City Hall.

He therefore has a wealth of political, crisis management and media experience, as well as a track record of successful delivery of major organisational change. He can take you on a ‘behind the scenes tour’ of almost every significant event in London over the last ten years and give you an intimate insight into how to manage crisis situations in some of the most extreme circumstances.

His leadership of LAS through the pandemic is an inspiring story of teamwork and partnership on a massive scale, illustrating how the whole country pulled together to beat the virus. Focusing the entire resources of his organisation on this single herculean task, Garrett explains how new call centres were built, hundreds of extra ambulances put on the road and over 1000 additional staff and volunteers recruited, to grow the organisation by around 20% in a matter of weeks.

Thinking ‘out of the box’, he bought in partners as diverse as the AA; Virgin Atlantic and British Airways; London Fire Brigade, the Metropolitan Police, Wembley Stadium, TfL and Stagecoach Buses, as well as galvanising supply chain partners to work with their competitors to achieve ‘impossible’ deadlines and keep LAS moving.

Garrett Emmerson is an accomplished speaker with a multitude inspirational leadership lessons, experiences and anecdotes from the heart of government and public service that will resonate with anyone working in a high pressure operational environment. 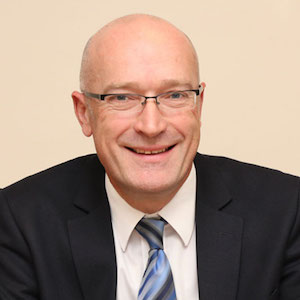 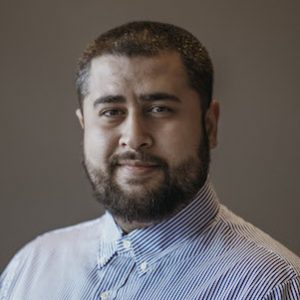 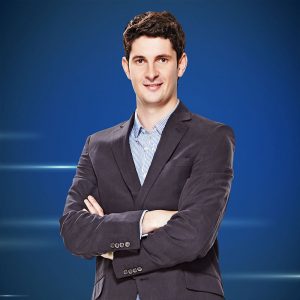