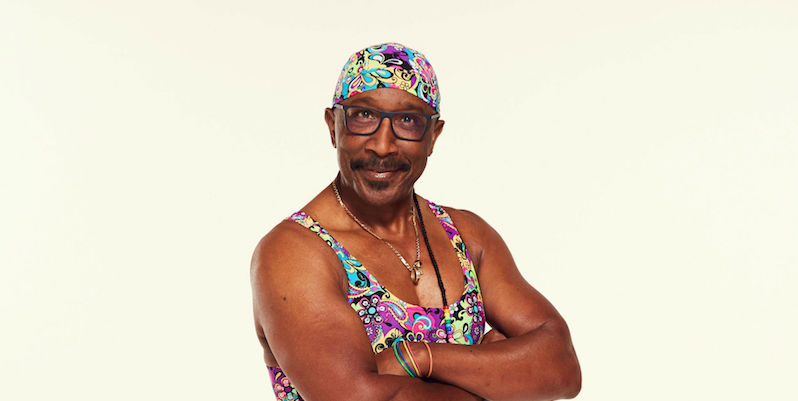 Derrick Evans, commonly known as Mr Motivator, started in the fitness business as an instructor in North West London, and went on to provide One-to-One training to many well known Celebrities with his very big TV break coming along in August 1993.

In the current crisis, most of the world is experiencing, Derrick has been in demand to deliver some personal fitness and workout sessions for organisations to keep them physically fit and mentally fit, when many of us are now having to work from home.

Derrick can offer short 15 to 20mins sessions to start your day or finish your day and has sent us a short video below to explain more.

If you would be interested in working wit Derrick (Mr Motivator) – please do drop us a line or contact us on 020 8854 7247 to discuss further.

Mr Motivator was born in Jamaica but has lived most of his life in the UK.

In the early 1990s, Breakfast viewers were roused out of their slumber by a man dazzling in a technicolour lycra bodysuit….Welcome Mr Motivator!

Credited with turning around the fortunes of the Breakfast Television Show GMTV, Mr Motivator created a memorable persona wearing his trademark bright coloured unitards, with complimentary socks and bumbags.

During the 1990s, he released a number of Fitness Workout videos. His range of videos became the biggest selling titles in the UK, called BLT (Bums, Legs Tums) to date some 1.8m videos have been sold.

After approximately 10 years at GMTV Mr Motivator resigned and proceeded to develop the Motivational speaking side of his abilities, providing talks and Team Building activities for many blue chip companies such as  Diageo, Microsoft and Loreal.

Every year he makes appearances at a number of Music Festivals, from Snowbombing in Austria, Bestival in the Isle of Wight to The Eden Festival in Scotland.

In 2009 he came back to GMTV to spearhead a campaign on Fitness, The Get Motivated club, where he met Prime Minister Gordon Brown and also worked on the Change 4 life campaign with the NHS. In the same year he launched his New BLT video.

Mr Motivator provides mass workouts for many varying charities, and schools. His unique way of exercising has meant that he is in great demand which continues to lead to numerous TV, Film and Radio appearances, most recently on ‘Loose Women.’

In 2018 following the release last year of his autobiography ‘The Warm Up’, Mr Motivator relocated back to the UK.

He is now even more in demand with a nation of all ages who want to keep fit, alongside mental health being very much in the foreground his Motivational Workshops and Speeches are in high demand, alongside his fun workouts, busting some dance moves and hosting many 90/s events.

For more information please email us at enquiries@scampspeakers.co.uk