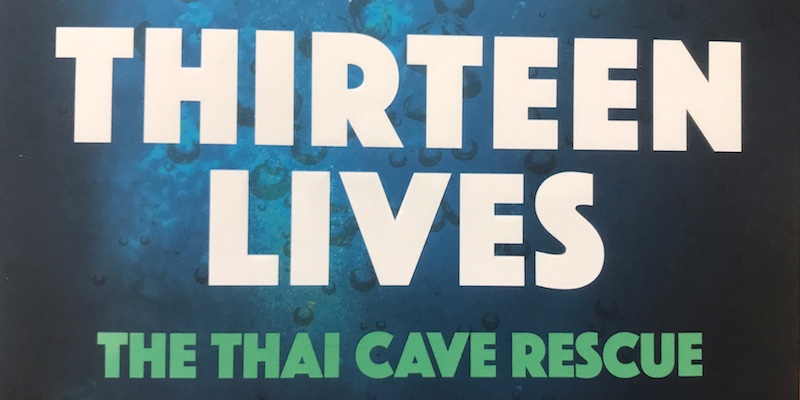 Our July 2021 Book of the Month is “Thirteen Lessons that Saved Thirteen Lives: the Thai Cave Rescue” by Inspirational Speaker and one of the cave dives involved in the rescue, John Volanthen.

In the book, John reveals how he pushed the limits of human endurance in the life-or-death mission to rescue the Thai youth soccer team trapped in the flooded cave. The world held its breath in 2018 when the Wild Boars soccer team and their coach went missing deep underground in the Tham Luang cave complex in northern Thailand. They had been stranded by sudden, continuous monsoon rains while exploring the caves after practice.

As the torrential rain persisted and the waters continued to rise, an army of rescue teams and equipment was deployed, including Thai Navy SEALs, a US Air Force special tactics squadron, police sniffer dogs, drones, and robots. But it was British cave diver John Volanthen and his partner, Rick Stanton, who were first to reach the stranded team and who played a key role in their ultimate rescue.

Each chapter of Thirteen Lessons that Saved Thirteen Lives tells one part of the edge-of-your-seat mission from Tham Luang but also imparts a life lesson, gleaned from John’s previous rescues and record-breaking cave dives, that can be applied to everyday obstacles and challenges.

John Volanthen is a world-record-holding British caver and cave diver who has been involved in cave exploration over the last two decades. John began caving with the scouts at the age of 14 and has been at the forefront of cave exploration since combining caving and diving. In 2018, John played a key role in the Tham Luang Thailand cave rescue and was named one of TIME magazine’s “Heroes of the Year.”

John has been involved in exploring and mapping caves throughout the world, including the UK, Europe, and Malaysia, often with dive partner Richard (Rick) Stanton. John attended the Tham Luang incident in Thailand, along with his cave dive partner, Rick Stanton. The duo were able to successfully locate the missing children—something, not even special forces were able to do—and then participated in their extraction and successful rescue, leading the team two-and-a-half miles through a flooded dungeon of a cave buried deep inside a mountain. A video of Volanthen and Stanton making initial contact with the team has since gone viral globally.

In a gripping presentation, John Volanthen takes audiences on the journey of a lifetime into the dark and deep caves of Thailand. The veteran cave diver tells the story of how he first located and made contact with the young and scared team in the Tham Luang caves of Thailand in the summer of 2018. He then goes on to detail the crucial role he played in the rescue operation.

With heart-pounding anecdotes from the ordeal, Volanthen hammers home the importance of perseverance, determination, and preparation, and explains why he believes success in life is rarely due to “luck.” An IT consultant by day, he also shares with audiences his belief that anyone can rise to the occasion and achieve extraordinary things in the face of insurmountable odds. With pictures and audio, he communicates what it was like to be there and the joy he felt when it was all over. Uplifting and inspiring, John’s story is one in a million.